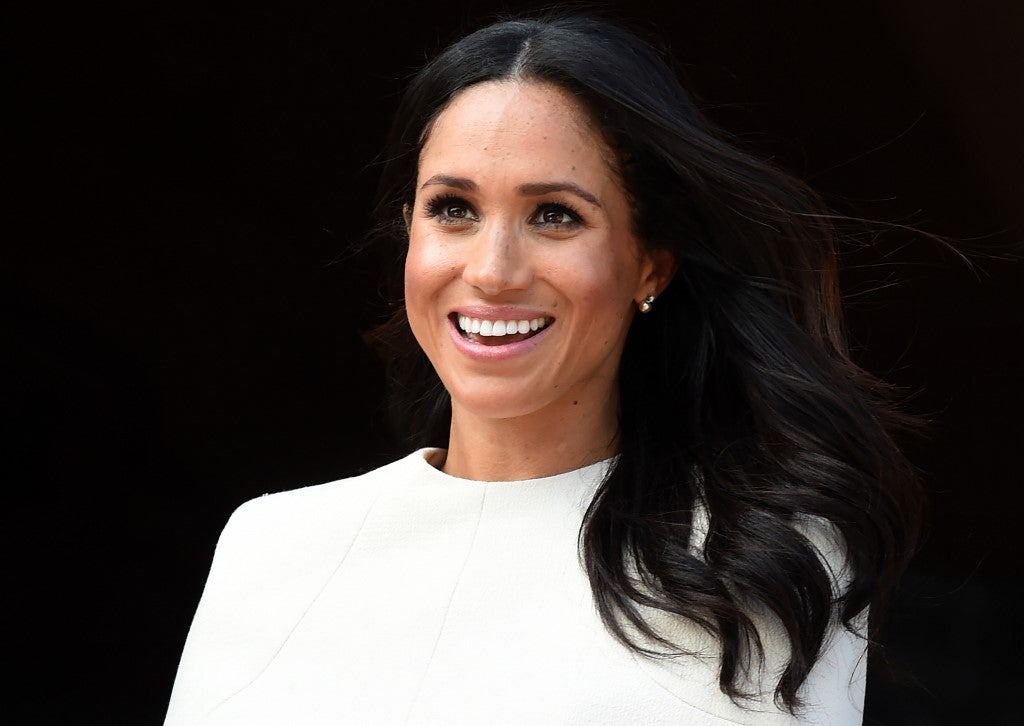 FILE — Meghan, Duchess of Sussex greets well-wishers from the balcony of the Chester Town Hall during her visit, with Britain’s Queen Elizabeth II, to Chester, Cheshire on June 14, 2018. (Photo by Eddie MULHOLLAND / POOL / AFP)

LONDON— Britain’s royal family wished happy birthday to Meghan, the Duchess of Sussex, wife of Prince Harry, via Twitter on Tuesday in a show of friendliness after a rocky period that saw the couple move to the United States.

The official Twitter account for Buckingham Palace, which gives updates on the activities of Queen Elizabeth and other royals, posted a 2018 picture of the monarch with Meghan, who is celebrating her 39th birthday.

Meghan and Harry moved to Los Angeles with their baby son Archie earlier this year after they gave up their official royal roles following disagreements with other family members and in the face of huge media attention.

Harry, 35, has admitted that he and William had fallen out, while Meghan felt “unprotected” by the royal family when she was pregnant, according to documents her lawyers filed as part of her legal action against a tabloid newspaper.

Last month, the couple distanced themselves from a biography about them which says Harry believed some of his relatives did not like his American wife, a former actress, and others believed their popularity needed to be reined in.