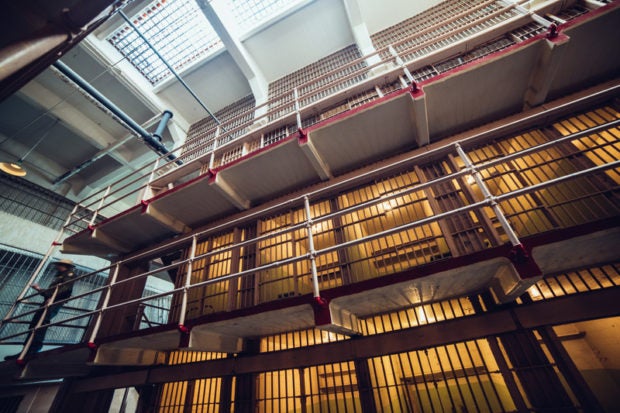 Three inmates are being hailed heroes after they saved a prison guard who experienced a heart attack in Georgia, USA.

The prisoners first noticed that the officer was unwell while he was conducting security procedures in the housing unit of the Gwinnett County Jail. One inmate, Mitchell Smalls, thought Warren Hobbs was simply asleep at the time, as per Fox5 Georgia yesterday, July 29.

“Kinda was like laying back in his chair and just started [making noises],” he was quoted as saying.

However, Hobbs later fell to the ground and injured his head. The fall left him unconscious, while his head started to bleed.

Upon witnessing this, Smalls immediately banged his cell’s door to try to awaken his fellow prisoners in the facility. Moments later, the whole unit, with over 60 inmates, began pounding on their doors as well.

Footage from a security camera showed that the windows started shaking due to the bangs. According to the report, Hobbs eventually regained his consciousness after hearing the loud noise.

Following the incident, a police spokesperson explained that Hobbs only remembered a sound similar to drums and people shouting his name.

“He immediately thought an inmate needed help and somehow managed to rise to his feet and press the control panel to open cell doors,” the representative added.

Once the cells were open, inmates Terry Lovelace and Walter Whitehead immediately ran to the injured officer’s side. Whitehead then grabbed the phone, while Lovelace used Hobbs’ radio to seek help. The report stated that assistance came seconds later and took care of Hobbs.

“It scared me. I don’t care if it’s a police officer or whoever it was. I will do whatever I can to save a man. I don’t want anyone to die,” Whitehead said as he recalled the incident.

Hobbs is currently receiving medical care at home and expressed his gratitude to the three men.

“These inmates came to his aid because our deputy, like most law enforcement officers, treats people with the dignity they deserve,” the local police department said of the three men.

“These inmates had no obligation whatsoever to render aid to a bleeding, vulnerable deputy, but they didn’t hesitate,” it added. “Many people have strong opinions about law enforcement officers and criminals, but this incident clearly illustrates the potential goodness found in both.”

The inmates spend 12 hours a day with one deputy, as per report, and eventually form friendships with the assigned officers. Ryan Arcadio  /ra