Zubiri on PhilHealth mess: There’s a place in hell for people who take advantage of others 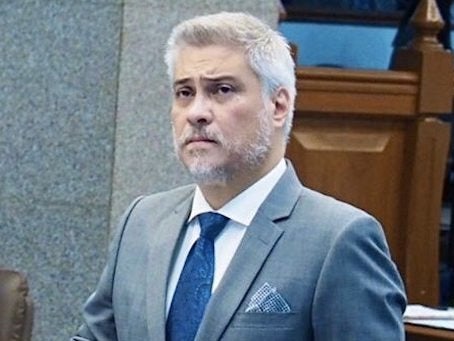 MANILA, Philippines — “Ang masasabi ko lang [What I can say is that], there is a special place in hell for people who take advantage of the misery of others.”

Senate Majority Leader Juan Miguel Zubiri made this remark on Tuesday as he expressed support for the investigation on the alleged corruption in the Philippine Health Insurance Corporation (PhilHealth), that prompted its anti-fraud legal officer to resign.

“I fully support this investigation towards an overhauling of the system in PhilHealth and to prosecute those who are guilty of corruption,” the senator said in a statement.

Zubiri said he is “saddened and frustrated” like the others on the alleged corruption within the government’s health insurance system, lamenting that poor Filipinos need such service as they struggle to pay their hospital bills.

(Our poor countrymen sometimes do not feel the benefits you provide because PhilHealth only shoulders a meager amount of their bills. Sometimes they also encounter a huge balance in their bills at hospitals.)

(And then we will be hearing something that there are syndicates in PhilHealth that are earning billions of pesos because of these irregular and illegal schemes.)

The Senate, constituted as the committee of the whole, opened on Tuesday an investigation into the alleged widespread corruption in PhilHealth.

The investigation materialized following the recent controversial meeting of PhilHealth officials and some members of President Rodrigo Duterte’s Cabinet, which was reported to have escalated into a heated exchange over the agency’s allegedly overpriced information technology system.