The ball is in the hands of gov’t, ex-DICT chief says on telco infra | Inquirer News
Close
menu
search

The ball is in the hands of gov’t, ex-DICT chief says on telco infra 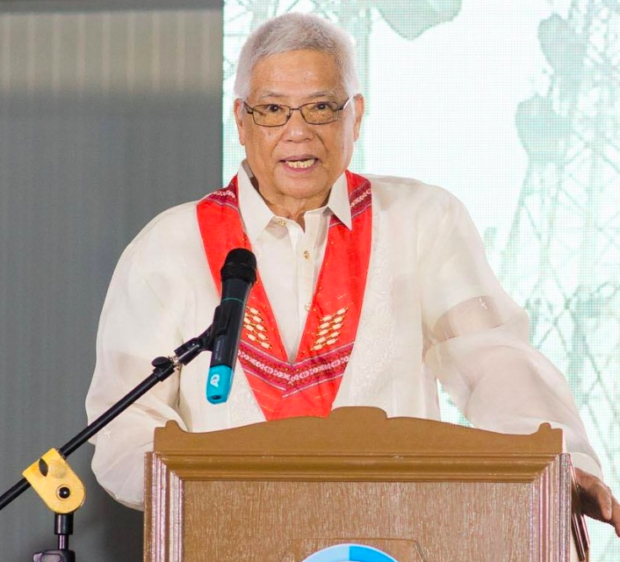 MANILA, Philippines — Amid President Rodrigo Duterte’s threat for the government to take over telecommunications giants Globe and Smart, a former chief of the Department of Information and Communications Technology (DICT) said that the ball is in fact in the hands of the government regarding the setting up of infrastructure needed to improve the companies’ services.

In a Facebook post on Sunday, former Secretary Eliseo Rio Jr. has identified red tape as the real problem why the country is lagging behind in the telecommunications sector saying the country does not lack investments in terms of infrastructure.

“The real problem is the red-tape that only the government can solve. The government does not need to put up any funds for telecommunication infrastructure. It only needs to facilitate the telcos to provide efficient public services, and not threaten them with expropriation. The ball is in the hands of the government!” he said.

Why does the Philippines have the lowest tower density in the region, when we were one of the first to roll-out mobile…

Rio recalled that he previously invited various providers of common towers and related facilities to invest in the Philippines to address the lack of telecommunication infrastructure in the country. He noted that by 2019, the providers poured in almost P400 billion in committed investments.

But when the investments needed became available, foreign providers, which was rolling out 10 times faster in other countries, complained that bureaucratic red tape was hampering development in the Philippines, according to Rio.

“So this red-tape problem is real unlike what some quarters are saying that this is being made as an excuse by the telcos because they don’t want to invest more money on their infrastructure,” said the former DICT secretary.

He said that aside from this, non-telco companies, which are instrumental in putting up thousands of towers and thousands of kilometers of fiber optic cables in neighboring countries, also complained that they have not encountered so much red-tape like the one they experienced in the Philippines, which “drastically slowed them down.”

“The ‘illegal’ red-tape is not so much a problem as they encounter this also in other countries, they say. It is the ‘legal’ red-tape, numerous permits that require so many signatures, that is the problem,” he also said.

Rio also explained why the Philippines has the lowest tower density among countries in the nearby region, when in fact it was among the first nations to launch mobile networks back in 1991.

He also added that even though the Philippines was years ahead of Vietnam in the introduction of mobile network technology, Vietnam now has around 70,000 towers compared to the Philippines’ 22,000.

He narrated that in 1991, PLDT started its mobile network with first generation technology or 1G, which was only an analog voice service.

When 2G came around 1995, two new companies, Globe and Smart “lorded it over with their GSM network” because aside from voice service, they also offered SMS or text messages.

“But unlike the rest of the world that used mainly the voice service, Filipinos became crazy with texting, and we became the texting capital of the world. We were sending around 1.4B text messages or SMS a day, and for this 2G technology, we did not require so many towers,” he said.

According to Rio, the country only needed around 18,000 towers to send billions of text messages everyday, which went on until the smartphones came.

But other countries were using voice services more than texting, which required more towers to provide voice services since the network has to dedicate a channel for calling parties until the call is finished.

In 2002, Rio, as commissioner of the National Telecommunications Commission, allowed the entry of third mobile network operator Digitel’s Sun, to compete with Globe and Smart, which “were already considered a duopoly” in 2001.

He said he approved the introduction of Digitel’s “innovative services” like unlimited calls and texts within the network, which were later adopted by Globe and Smart.

“This actually brought the cost of mobile telecom services down. But the reputation that mobile network operators were raking in revenues much more than other companies because of texting, made them targets for revenue generation not only by LGUs, but the NPA and some unscrupulous officials,” said Rio.

“LGUs came up with so many permits and recurring annual fees, the more the better for their revenues. These fees were only passed by the telcos to their subscribers which made our telecom services more expensive than other countries,” he added.

The former DICT official said this is one of the reasons why Sun did not survive long and sold itself to Smart/PLDT.

Around 2012, there were not many complaints from telcos on the “red tape” since texting revenues was “making them profitable even with the small number of towers they had.”

“But when Smartphones appeared in 2012, and internet content was replacing SMS as the killer application, these red tapes begun to be felt when our mobile telcos started overhauling their networks to accommodate the 3G to 4G technology,” Rio also said, adding that more towers are needed to utilize these new technologies since internet content requires real-time connectivity like voice services.

While other countries had the sufficient number of towers to upgrade to 3G and 4G, the Philippines is stuck with the number of towers that would only be efficient for SMS, thus, lacking the capability to deliver fast and reliable broadband and real-time connectivity.

“Adding more towers got mired because of the so-called ‘red tape’ starting 2013, such that by 2016, poor telecom services became an election issue that helped President Duterte win,” he further explained.

Globe Telecom President Ernest Cu earlier told Duterte that one of the main reasons for the network’s poor services is the lack of cell towers due to red tape that the company and other telcos have to go through to secure building permits.

This claim of Cu comes after Duterte, during his fifth State of the Nation Address on July 27, threatened to expropriate Globe and Smart if it will not improve its services by yearend.

Read Next
Outbreak hits Norway cruise ship, could spread along coast
EDITORS' PICK
Every Filipino home can now be a smart home with realme TechLife
LTO’s P500-M deal for screws draws scrutiny
How to lose a PH genius: Wesley So officially a US citizen
New 3,045 COVID-19 cases push PH total active cases to 40,074
Smart reinforces superiority with best speed and mobile video experience in PH
Nestlé Philippines’ ‘NESCAFÉ Plan’ bags Grand Anvil at PRSP 56th Anvil Awards
MOST READ
How to lose a Filipino genius: Wesley So officially a US citizen
US lays out list of aid to ‘satisfy’ Duterte following VFA payment demand
Robredo on Sara Duterte leading poll surveys: Why are Filipinos drawn to leadership of this kind?
Lawyer for red-tagged tribal folk stabbed; laptop, documents taken
Don't miss out on the latest news and information.