Three days after President Rodrigo Duterte threatened to take over telecommunications firms if they do not improve services, Globe Telecom president Ernest Cu went to Malacañang to attend a consultation meeting on the government’s pandemic response.

But the telco executive ended up revealing that one of the main reasons for Globe Telecom’s poor services is the lack of cell sites which is a direct result of the red tape the company and other telcos have to undergo to get building permits.

In a video address recorded on Thursday, but aired on Friday, Mr. Duterte initially joked that he would hang Cu from one of his cell towers if Globe Telecom fails to improve its services by the end of the year.

“I said, ‘if you don’t improve on it, I will hang you on one of your towers,’” the President recalled telling Cu.

“[Cu] said, ‘Mayor, you cannot do that because there is no tower. The local governments are all f*cking it up, that’s why. So where will you hang me? On a coconut tree?’ I said, you’re right, Erns,” Mr. Duterte said.

Cu then spoke up and revealed that a telco needs to secure 28 to 30 permits for one cell tower and the process would take around eight months.

“There are different miscellaneous fees, different tower fees. We also have a special use permit. Those are not standardized. If we will apply for 5,000 permits, times 28 to 30 permits, how many thousands of permits will we get just to start?” Cu said. 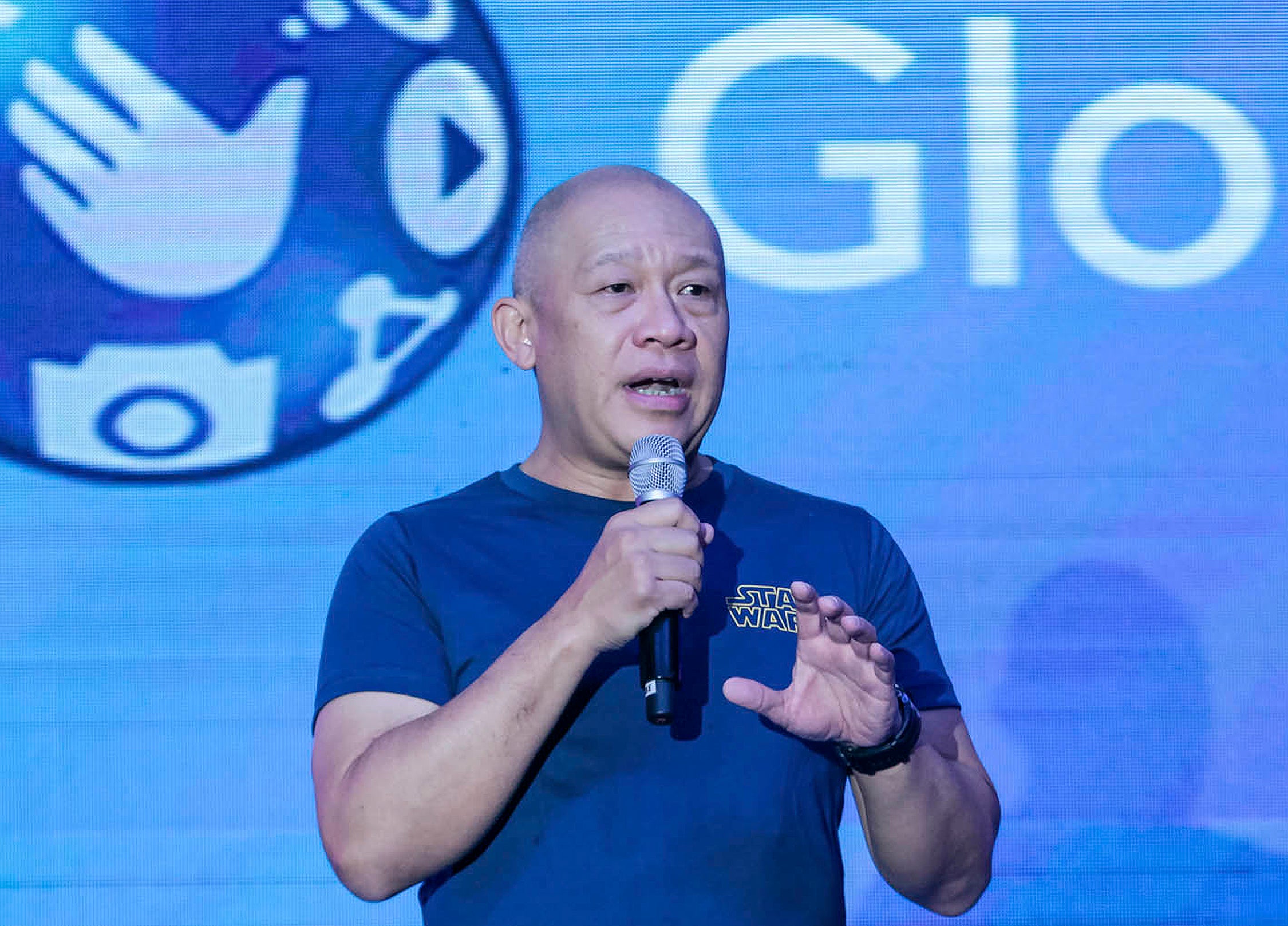 The President then asked Globe Telecom and other telcos to bring their complaints to Cabinet officials, like Finance Secretary Carlos Dominguez III, Interior Secretary Eduardo Año, or even Sen. Christopher Go or even military generals.

“Report it directly to them. And my order to the Cabinet is to really take, the heaviest, most drastic measure that you can find, so you can arrive at an understanding. This is my last mile,” Mr. Duterte said.

Año, who was also present, said that government agencies have signed a joint memorandum circular simplifying the process of securing permits.

Año said the previously required resolutions from the homeowners association and the Sangguniang Bayan were removed so the number of permits were reduced.

During his fifth State of the Nation Address on July 27, the President threatened to shut down or take over telcos if they fail to improve connectivity by the end of the year.

Following the threat, both Globe Telecom and PLDT Inc. assured the public that they were ramping up capital expenditure to improve telco services.

A third telco player, Dito Telecommunity, will begin its operations in March 2021 to challenge the two longtime players in the industry.