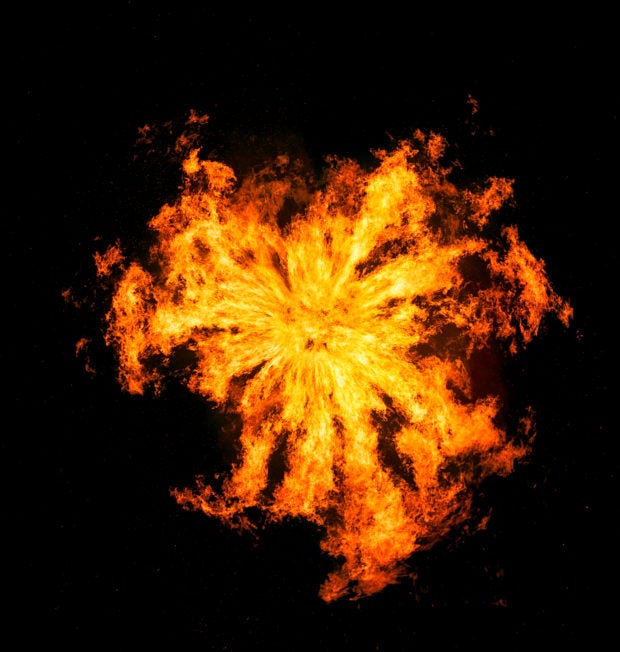 ALEXANDRIA, Va. — A pharmacist and a drug abuser who met while playing online video games pleaded guilty Friday to federal charges after they plotted to firebomb a Nebraska pharmacy to benefit their own online black market drug dealing.

William Burgamy, 32, of Hanover, Maryland, ran a website called NeverPressedRX that sold oxycodone and other drugs over the darknet, a part of the Internet only accessible through encryption, prosecutors in U.S. District Court in Alexandria said.

His supplier was a real pharmacist, Hyrum Wilson, 41, of Auburn, Nebraska, who ran Hyrum’s Family Value Pharmacy. According to court papers, the two conspired to blow up a competing pharmacy in Wilson’s town, Cody’s U-Save Pharmacy. The two reasoned that Wilson’s pharmacy would pick up more business and allow him to illegally funnel even more drugs to the darknet operation without attracting the suspicion of federal regulators.

“Mr. Burgamy and I came up with a plan in which he would light a competing pharmacy on fire to drive business to my pharmacy,” Wilson said Friday in court when asked to explain his crime in his own words.

Authorities say a search of Burgamy’s home found eight loaded weapons in his residence. Text messages showed that he made a list of needed equipment for the firebombing that included body armor, weapons, bottles, lighter fluid and other materials.

Court records show that the NeverPressed website was operating since August 2019. Earlier that year, Wilson and Burgamy were partners in a skin-care product called Scargenix. In a 10-minute infomercial hosted by model Kathy Ireland, Wilson hawks a lotion for reducing scarring, featuring testimonials from Burgamy and Burgamy’s mother.

Each of the counts carries a maximum term of 20 years in prison when they are sentenced in November.

It is not totally clear how much money the two made during the eight or nine months their website was operating in 2019 and 2020. Burgamy agreed to forfeit at least $300,000 (P14.84 million) in proceeds, but prosecutor Raj Parekh said at Friday’s hearing that a profit-and-loss statement drawn up by Burgamy showed him grossing nearly $1 million (P49.48 million).

Within a year, the two had teamed up to appear on the Scargenix infomercial with Ireland. The infomercial, described by Parekh as “fraudulent,” shows before-and-after photos of people hideously scarred by accidents and burns who are completely healed after using the Scargenix cream for a few weeks.

By August 2019, the two had moved on to selling drugs illegally through the NeverPressed site. The two admitted that they processed more than 2,500 illicit orders on the site, and they began facing supply issues because Wilson could not justify the volume of drugs he wanted from his wholesaler.

At one point, Wilson told Burgamy that he wouldn’t supply any more drugs to Burgamy’s operation until the competing pharmacy was eliminated.

Wilson said his competitor did triple the volume in medications of his own pharmacy so that if those customers were forced to transfer to Wilson’s pharmacy, he could quadruple his business and quadruple the volume that could be diverted to the darknet operation.

The two agreed on what they called “Operation Firewood,” and Burgamy assured Wilson he would carry out the firebombing after the coronavirus scare concluded. Wilson provided Burgamy with a getaway map and layout of the rival pharmacy. He urged Burgamy to make the firebombing look like it was conducted by a vengeful husband upset that his wife had engaged in a fictitious affair with a pharmacist at the competing operation, Parekh said.

Federal Bureau of Investigation (FBI) agents uncovered the firebombing plot only after arresting Burgamy for drug trafficking and searching his home.

Cody Kuszak, who owns the Cody’s U-Save, said in an email interview that he only met Wilson professionally and that there was no rivalry or bad blood as far as he knew. The plot was so bizarre that his initial reaction was confusion as much as anything.

“Who would ever think of something this crazy?” said Kuszak, who thanked the FBI for uncovering the plot. CL