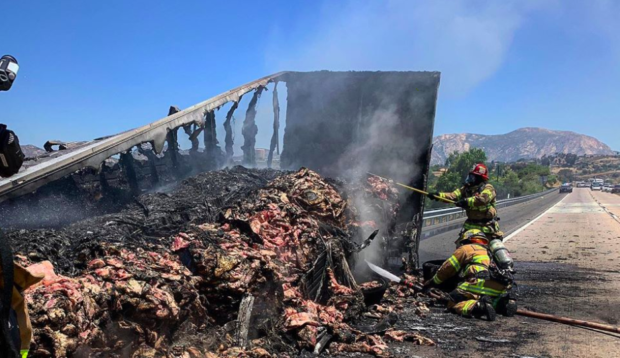 Firefighters put out the fire from the burning truck. Image: Facebook/@LakesideFireDistrictrict

A truck hauling 41,000 pounds (almost 18,600 kilograms) of raw beef caused an unplanned barbecue after it caught fire on a freeway in California, United States.

The tractor-trailer went up in flames on Tuesday afternoon. The road was briefly shut down but was eventually opened after the fire was extinguished.

The fire department also showed several firefighters in action while they put out the flames. Afterwards, there was barely anything left behind the truck except for the stacks of beef.

Luckily, no one was injured from the incident, as reported by the local fire department. JB