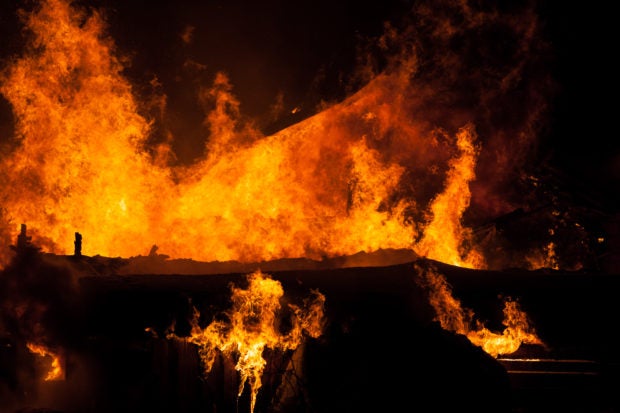 A local police officer has been hailed as a local hero by his community after he rushed to a burning house to save an 8-year-old boy in New Mexico in the United States.

Officer Joshua Gonzales recounted seeing two adults and the child in the burning home, ABC-affiliate KVIA reported last Monday, July 6. The officer immediately grabbed the boy and got him out, while an off-duty firefighter escorted the two adults out of the house.

An unoccupied trailer house was apparently engulfed in flames and affected two neighboring homes and two cars. The boy and the two adults including a 75-year-old elderly woman were in one of those houses.

The fire began last Monday evening, as per report. Fortunately, the child Gonzales rescued did not require any medical attention afterward, while the elderly woman was treated due to smoke inhalation.

The fire spread quickly. It had to be put out with the help of 30 firefighters who rushed to the scene. There was nothing left of the mobile home after the fire was contained.

The case was also put under investigation after the cause of the fire was not immediately determined by the authorities, the report stated.

During an interview, Gonzales explained the turn of events after arriving at the scene.

“Once I made myself present to the people standing by I asked them what was going on and they said somebody was inside the residence, that there were people in there,” he said in the report. “I immediately without a doubt, it was well within my heart and soul to run in and get these people out.”

“The house was already full of smoke, I could barely [breathe] and I even advised them, ‘cover your mouths,’ to try to get out as soon as possible safely,” Gonzales added.

The community also set up a GoFundMe page for the family affected by the fire. According to the fundraiser, the incident affected a single mom who is raising two kids together with her mother and her sister. Cha Lino /ra

Read Next
Trillanes laments collapse of another pillar of fragile democracy
EDITORS' PICK
A gem of a residence in the new normal
Been there, done that but what’s the difference between MECQ and GCQ?
BREAKING: 3,226 latest COVID-19 cases bring PH’s total to 106,330
Water remains our saving grace right now
PNP: Checkpoints back in MECQ areas
Smart 5G goes live
MOST READ
MECQ guidelines in infographics
Doctors group to Duterte: ‘There was never a call for a revolt’
MECQ in NCR, other areas: Mass transportation suspended, quarantine pass required anew
Want higher pay? Join the police force, Duterte tells nurses
Don't miss out on the latest news and information.