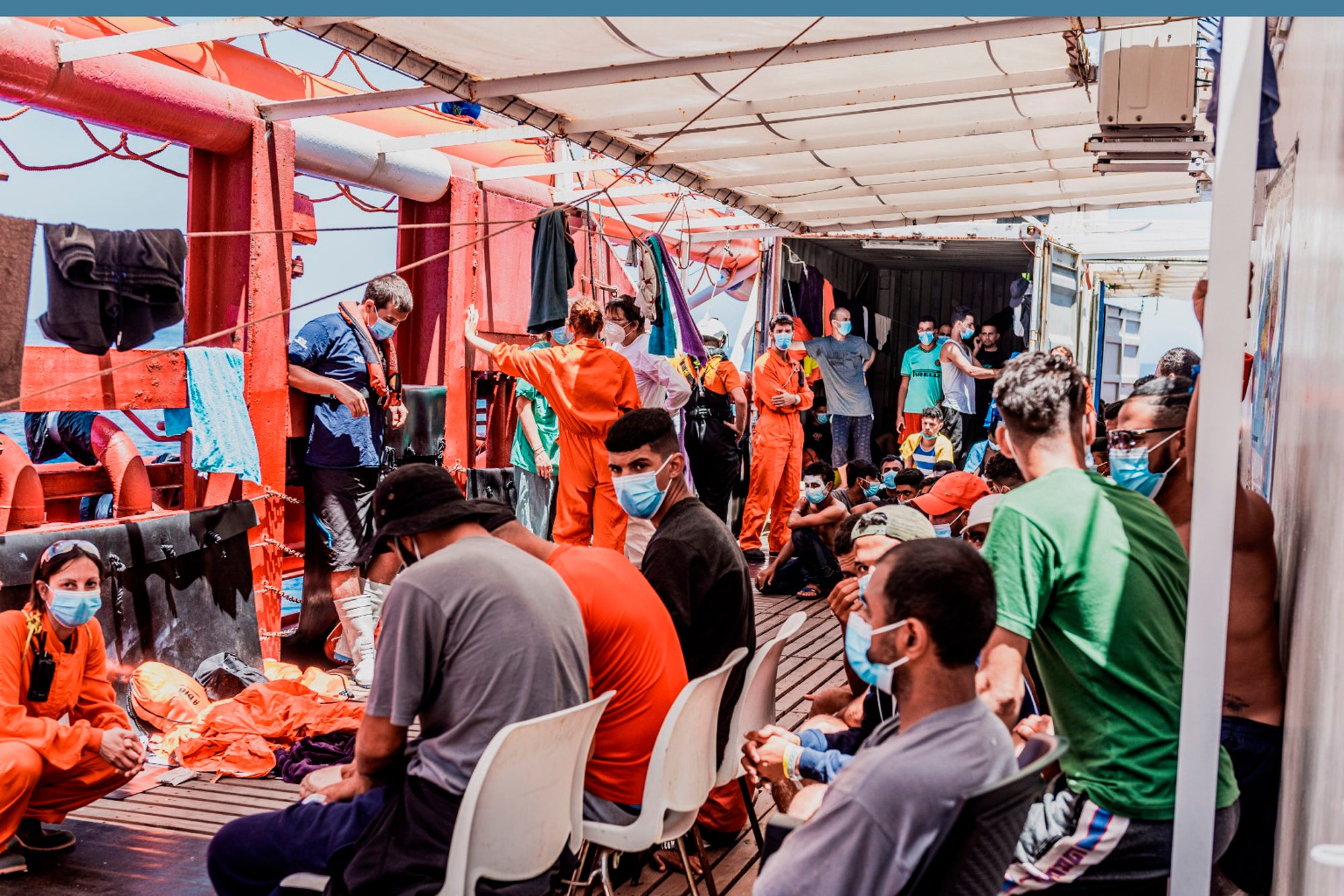 ROME  — Six migrants aboard a rescue ship in the Mediterranean Sea tried to kill themselves and others have gotten into fights and threatened fellow passengers and crew members in growing desperation over their inability to find a country willing to take them in, the charity that operates the vessel said Friday.

SOS Mediterranee, which operates the Ocean Viking, said in a statement that the ship carrying 180 migrants declared a state of emergency to stress the deteriorating situation on board as the crew renews its appeals for safe harbor. The charity said it lodged seven requests for permission to enter a port, but Italy and Malta said no.

There were no immediate government responses from either country about the alleged refusals.

The migrants were rescued from the unseaworthy boats of people smugglers in the central Mediterranean during four operations between June 25 and June 30. SOS Mediterranee said the first operation took place in international waters where Italy and Malta have overlapping rescue jurisdiction, while the other rescues occurred in Malta’s search-and-rescue area.

The people rescued include a pregnant woman and 25 minors, 17 of them traveling without relatives or guardians, the charity said. In addition to threatening to harm themselves or others, some of the passengers have started fighting among themselves, it said.

SOS Mediterranee said two migrants jumped overboard in what the organization said appeared to be suicide attempts and were rescued from the sea again, while three others were stopped before they plunged off the ship. It reported that another passenger tried to kill himself on board, the charity said.

It called the “concerning behavior and decline of mental health” of some of the rescued passengers a “direct result of the unnecessary standoff at sea and lack of solution” for a port.

SOS Mediterranee expressed worry that “in addition to the acute psychological distress several of the survivors find themselves in, the deteriorating weather conditions pose an even greater threat to the lives of those who might try to reach shore by jumping off” the Ocean Viking.

Both Italy and Malta have taken a hard line on private rescue boats, expressing concern that such operations could encourage Libya-based human traffickers to keep launching migrants toward Europe in dangerous conditions.

The two countries have also insisted fellow European Union members take in more migrants as asylum-seekers since those who reach Europe’s southern shores are often aiming to make nations in northern Europe their final destinations. Few nations have answered the Italian and Maltese appeals.