In a 132-page motion for reconsideration, they said the Manila Court’s decision that resorted to “language that borders on the sarcastic and, at times crosses over to the partial” has “failed to appreciate the role of the media.”

The decision, they said has not only failed to appreciate the role of the media but also the “importance of the guarantee of freedom of the press in the constitutional architecture, and the dire consequences of the decision it has handed down.”

Earlier this month, Manila Regional Trial Court Branch 46 Judge Rainelda Estacio-Montesa has meted the penalty of six months to six years imprisonment Ressa and Santos and imposed a fine for P200,000 moral damages and another P200,000 for exemplary damages.

Both are allowed to remain free after earlier posting bail.

In their motion filed Monday, Ressa and Santos scored the court for allowing the prosecution to proceed with the case despite it being time-barred.

The court, in its ruling, said that the Cybercrime Prevention Act does not provide for a prescriptive period which means that the law on prescriptions for violations of special laws should apply.

However, in their motion, they pointed out that the one year prescription under the Revised Penal Code should be applied. because cyber libel is technically not a new offense.

Citing the case of Disini vs. Secretary of Justice, they pointed out that the Cybercrime Prevention Act does not define a new offense but simply a new mode of committing libel defined under the Revised Penal Code.

They also pointed out that the Cybercrime Protection Act was also used in an ex post facto manner that is prejudicial to them.

They explained that the Supreme Court has issued a temporary restraining order against the implementation of the law from Oct. 9, 2012 until April 22, 2014, therefore, when the subject story was updated, cyber libel technically does not exist.

The motion for reconsideration has raised 13 main arguments delving on the court’s error in appreciating facts, evidence and the law and how Ressa and Santos’ constitutional rights were violated.

The court has the option to set aside the original ruling and enter a new judgment of acquittal or dismiss the motion for reconsideration.

If the motion for reconsideration is dismissed, Ressa and Santos can elevate the case to the Court of Appeals and eventually, the Supreme Court. 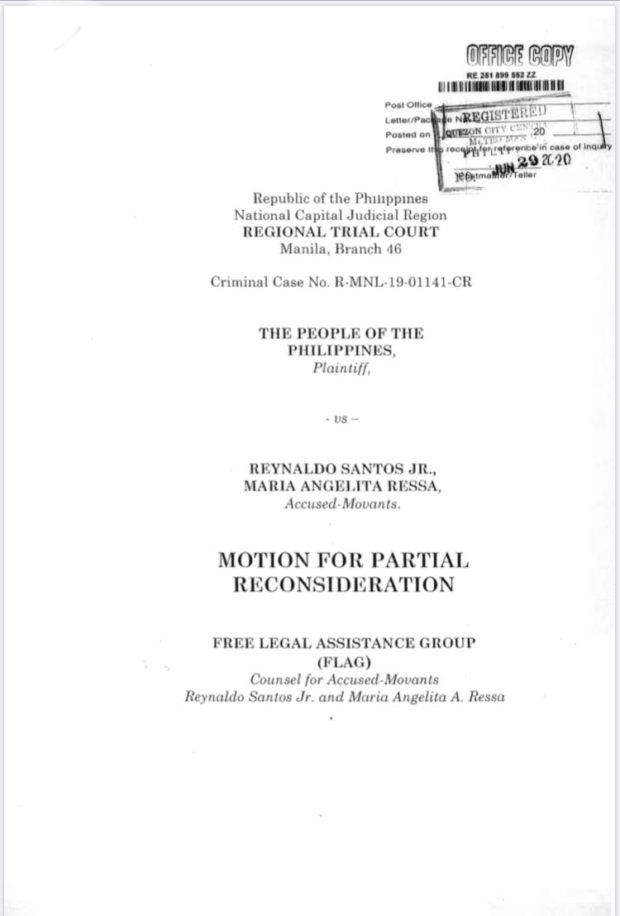 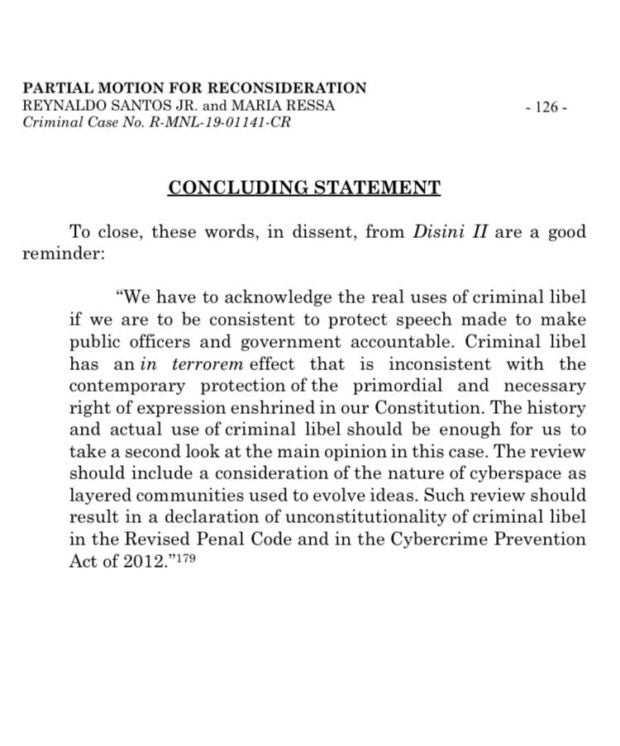 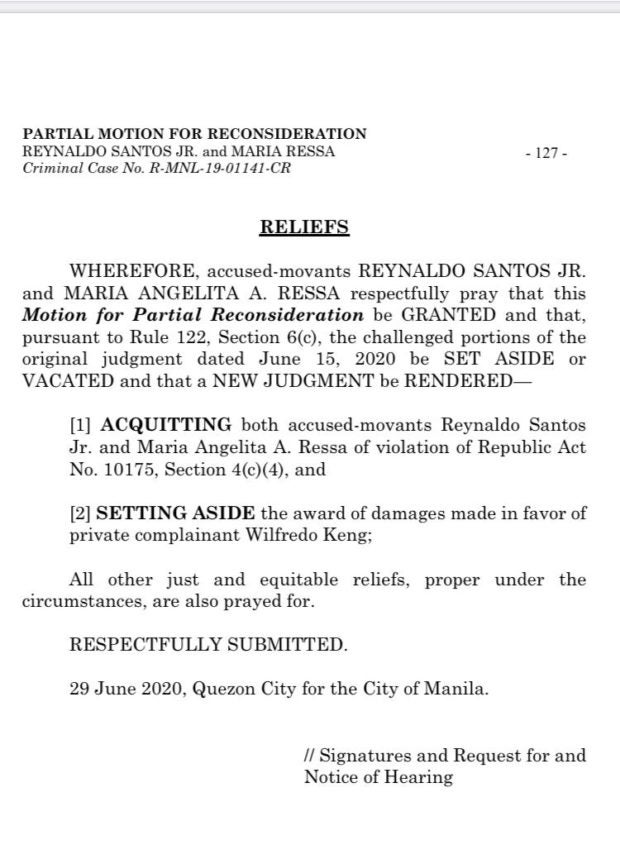