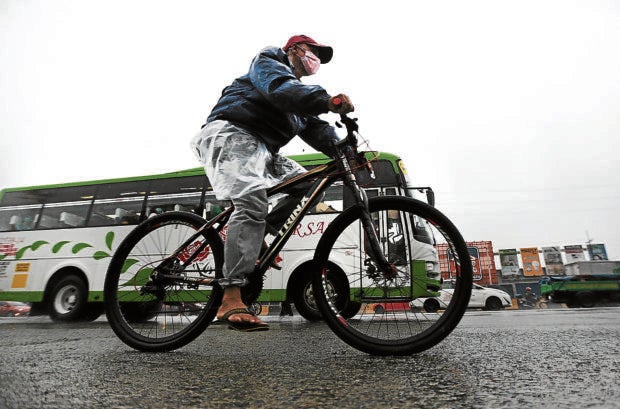 JTF COVID Shield commander Police Lt. Gen. Guillermo Eleazar on Tuesday warned motorists against parking on bike lanes or using these to avoid heavy traffic, saying “these [do] not only disrespect the bicycle riders but also put their lives at risk.”

According to Eleazar, the JTF COVID Shield is coordinating with the Philippine National Police Highway Patrol Group (PNP-HPG) and local units to clear designated bicycle lanes on major thoroughfares in Metro Manila.He said that the PNP-HPG and local police commanders should ensure that bicycle lanes were not being used by car owners as parking spaces or as a way to avoid traffic congestion, adding that barriers may be set up to seal them off from other vehicles.

“The keyword here is respect. Just like drivers of trucks, buses and private vehicles, bicycle riders also have the right to use the roads especially if they are already allowed to pass through bicycle lanes that have already been designated by the local government units,” he added.

Several local governments in Metro Manila, including Quezon City, Pasig and Taguig, have set up designated bicycle lanes in their areas. The Metropolitan Manila Development Authority also plans to turn the outermost lane of Edsa into a lane exclusively for cyclists.

Eleazar said that the JTF COVID Shield had received complaints from cyclists about private motorists invading bicycle lanes, putting them at risk as they are forced to shift to other lanes meant for motor vehicles.“The use of bicycles as a mode of transportation is already beginning to become popular. We call on the motorists to get used to this by starting to respect the intended users of bicycle lanes,” he stressed.