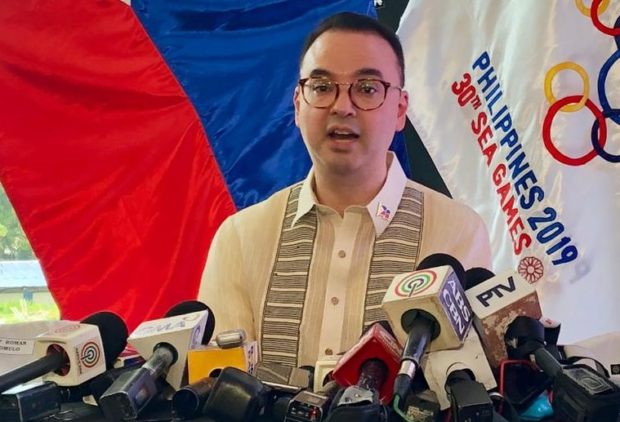 MANILA, Philippines – House Speaker Alan Peter Cayetano has urged Filipinos to pursue “true freedom” on his message for the 122nd celebration of the country’s Independence Day, even implying that revolting is just a phase.

Cayetano on Friday, shared a lengthy message about his various perceptions of freedom, from the point of view of a child, a person growing up, and from someone who has already gained wisdom through years of experience.

“When we are young, we think that being free means doing anything we want at anytime. The rules do not apply to us.  Anyone who watches a movie or TV show about royalty at a young age thinks that ‘The King’ (Or Queen) is free and can do anything, and so people say ‘it’s good to be King,’” Cayetano said in a post on his Facebook page.

He said that when young people grow a bit older, they get a notion that a rebellious attitude — not playing by the rules which are supposedly unjust — is freedom.  Cayetano also said that such mindsets make revolts a “romantic” option.

However, true freedom, according to the House leader, is knowing that people are free yet are still bound to rules and limitations.

“Then as we grow older, we get this notion that freedom is being able to find ways to get around the rules that tell us what we cannot do. We tell ourselves the rules are unjust (and yes, there are times and circumstances where rules are unjust) making ‘revolution’ an attractive, and even, romantic idea,” he claimed.

“And when we get older still. Or maybe it’s not just age, rather as we get more experience, see the world and gain more wisdom, we begin to see that true freedom is knowing and understanding the limits of what we can do yet still knowing that we are Free,” he added.

Cayetano’s message came after activist groups and other organizations went to the University of the Philippines (UP) – Diliman to denounce various issues hounding the government, from alleged problems in its COVID-19 response, the supposed Chinese intrusion in the disputed West Philippine Sea region, and the recent passage of the anti-terror bill.

The said legislation, which the House recently passed using an adopted Senate version, has been slammed as a proposal that would tip the balance of powers toward the executive branch.

Under the bill, persons accused as terrorists may be arrested even without warrant and be detained for 24 days even without charges filed. However, sanctions for wrongful arrests were removed from the prevailing Human Security Act, while the scope of people who may be linked to illegal activities was widened.

The bill has been submitted to President Rodrigo Duterte, but is currently being reviewed by the Department of Justice over questions on its constitutionality.

Cayetano reminded that as the rights of people are intertwined, people must use their knowledge and sense of responsibility to ensure that the rights of others are not trampled.

“Yes, freedom has responsibility as an essential ingredient. One’s freedom is tied to the freedom of others. Our rights are not limitless, but is bounded on all sides by the rights of others,” he said.