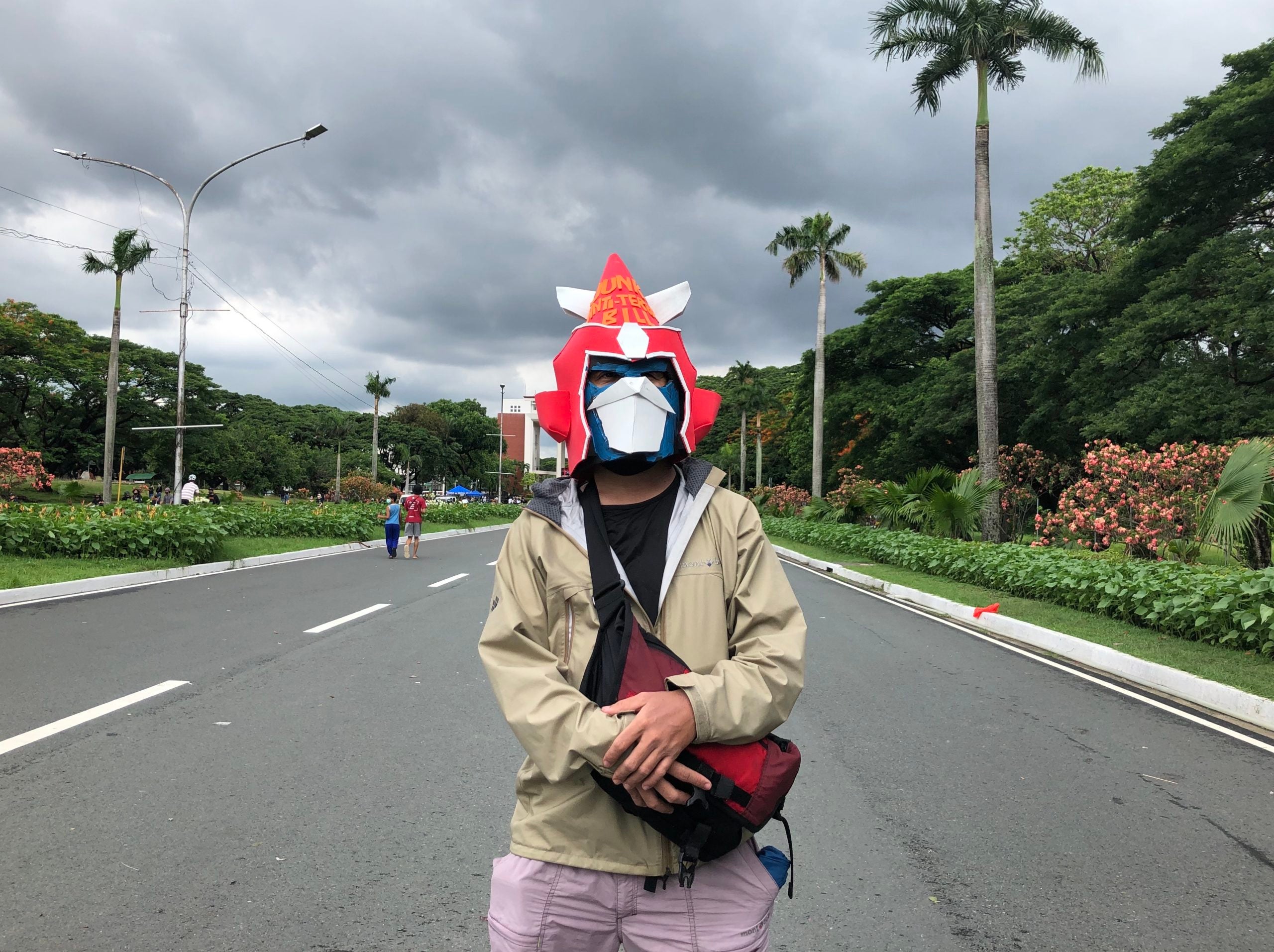 MANILA, Philippines — Is it appropriate for Maj. Gen. Debold Sinas to adopt the image of Voltes V in his stint as director of the National Capital Region Police Office (NCRPO)?

For a visual artist who participated at the “Grand Mañanita” protest at the University of the Philippines Diliman campus on the celebration of the 122nd Independence Day, the NCRPO chief’s use of the concept of the highly popular Japanese anime series is “ironic” in the first place.

During the protest, Max Santiago, a member of progressive organization UgatLahi Artist Collective, wore the headgear of the super robot to show resistance to the controversial anti-terror bill and as a jab to the much-criticized mañanita for Sinas’ birthday on May 8 where the government ban on mass gatherings was believed to have violated.

(The use of the theme during the mañanita of Sinas was ironic. He used the Voltes V icon. That’s ironic because I am an 80s kid and in the 80s, it was a symbol of resistance which is why it was banned by Marcos.)

(This is the right use of the Voltes V image, in this kind of protest. Sinas should not be the one to use the image of Voltes V.)

After he was named NCRPO director in October last year, Sinas said he would introduce the Voltes V concept to Metro Manila police officers, as a reminder that the community, government, and the police should work together to achieve certain goals.

Like the five pilots of the super robot, these three branches in our society would have to “volt in” or work together.

Sinas said this helped officers from the Central Visayas police which he previously led to achieve its goals and also resulted in a high rate of successful anti-drug operations.

Since then, the catchy theme song of the popular series has been played during NCRPO events, especially when Sinas enters venues.

During his mañanita, one of his cakes even resembled the headgear of the Voltes V iconic robot.

At the Independence Day protest at UP, a figure of the super robot was displayed before rallyists who also held roses, party props, and “protest cakes” to mimic the birthday event of the NCRPO chief.

In pointing out the concept of resistance shown in the popular series, Santiago recalled how late dictator Ferdinand Marcos banned the anime on Philippine television in 1979, which was said to be due to its supposed rebellious messages.

Some accounts showed that this ban on the series might have angered the so-called “martial law babies” and pushed them to later on fight against his dictatorship as they grew older.