From “bucket of grace” to “bucket of tears.” This is how the residents of Bocaue, Bulacan, demonstrated their love for late Mayor Eleanor “Joni” Villanueva-Tugna who died of sepsis secondary to bacterial pneumonia at the St. Luke’s Hospital in Taguig last May 28. 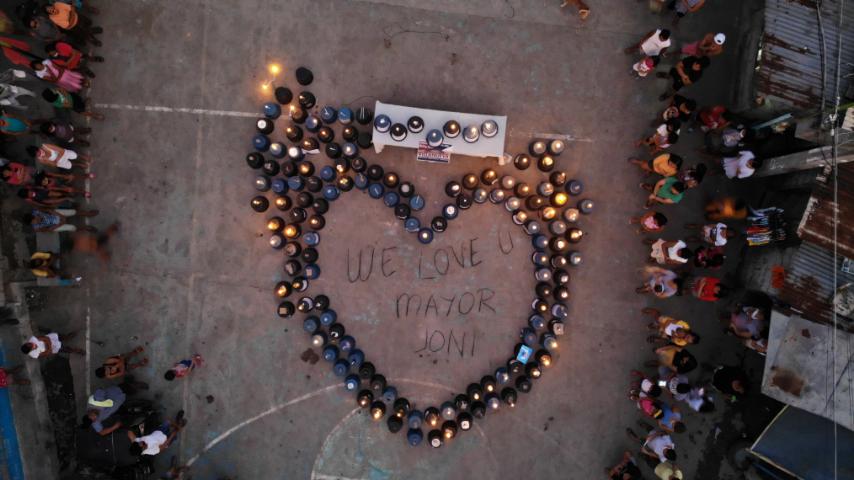 Prior to her death, Tugna had been actively and passionately serving her constituents as she led their local government’s response to the day-to-day struggles of the families amid the coronavirus disease pandemic.

Conforming with social distancing protocols to limit the kind of memorial service befitting a commendable public servant, mourners instead organized a ‘Luksang Bayan’ tribute in their town on Saturday, May 30, as they paid their final respects for Tugna.

At around 5 p.m., Bocaueños from different barangays brought empty relief buckets and candles as they went out of their houses. They used the buckets that were used in the distribution of relief goods because for them, it is the symbol of Tugna’s love and relentless service to them. Through the buckets they expressed their gratitude to the beloved late mayor of Bocaue.

By 6 p.m., they all lighted the candles, offered their prayers for her soul’s repose, and shared their sentiments about the passing of their admirable leader. 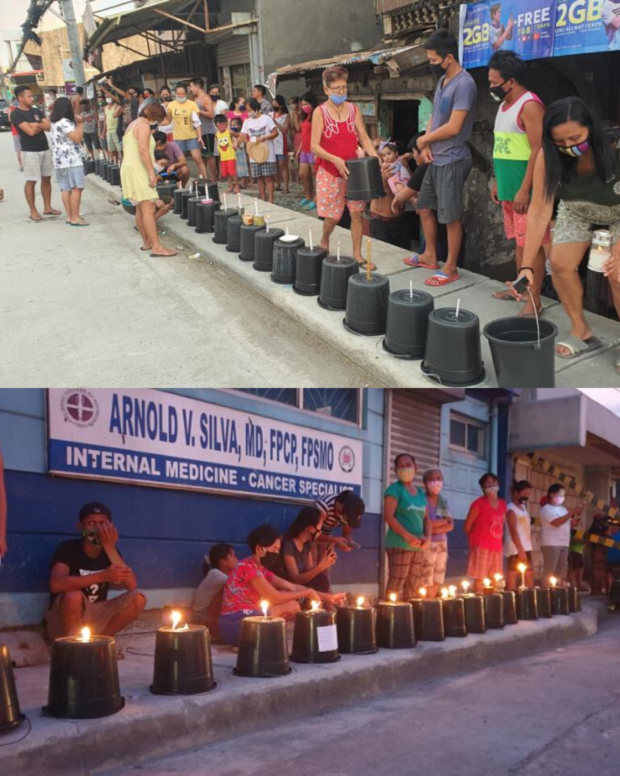 She was remembered by her constituents as an exemplary leader who worked hard to create a more equitable and sustainable environment for all residents of Bocaue.

(There were people who got teary-eyed as they recounted how Mayor Joni helped them and how they were saddened by her sudden death. To this day, many still cannot believe and cannot accept what happened.)

(The Bocaueños also knew that despite Mayor Joni’s ailment, she did not stop working, which caused her illness to worsen.)

Last April, she purchased tons of harvested vegetables from the Cordillera farmers that were repacked and distributed by her municipal staff to senior citizens for free. She also made sure that the Cordillerans would continuously receive help from them by encouraging her townspeople to help with farming.

Aside from that, Tugna’s “Timba Timbang Biyaya” relief packs filled with goods and grocery items enough for each Bocaueño family were praised by many.

On Facebook, her brother Sen. Joel Villanueva shared her close relationship with his sister as he recalled Tugna visiting the Senate and “would always be in awe of how we can serve our country and people.”

Mayor Joni was relentlessly serving Bocaueños during this lockdown despite her medical condition, which eventually…

“Mayor Joni was relentlessly serving Bocaueños during this lockdown despite her medical condition, which eventually caused her life. She’s more than a public servant to me, she’s my role model. Will terribly miss her,” Villanueva captioned his post.

In a Senate session on Monday, June 1, senators mourned the passing of Tugna by adopting Senate Resolution No. 433, which expressed their profound sympathy and sincere condolences to the family of late Mayor Eleanor “Joni” Villanueva-Tugna who died at the age of 42.

Meanwhile, Bocaue Vice Mayor Jose Santiago Jr. has taken his oath before Gov. Daniel Fernando at the provincial capitol also on June 1 as the new mayor of the town.

Her remains were brought to Jesus Is Lord Prayer Garden in Bocaue, Bulacan. Details of viewing schedules and COVID-19 safety guidelines from the IATF can be found at the Jesus Is Lord Church Worldwide’s Facebook page.  /ra