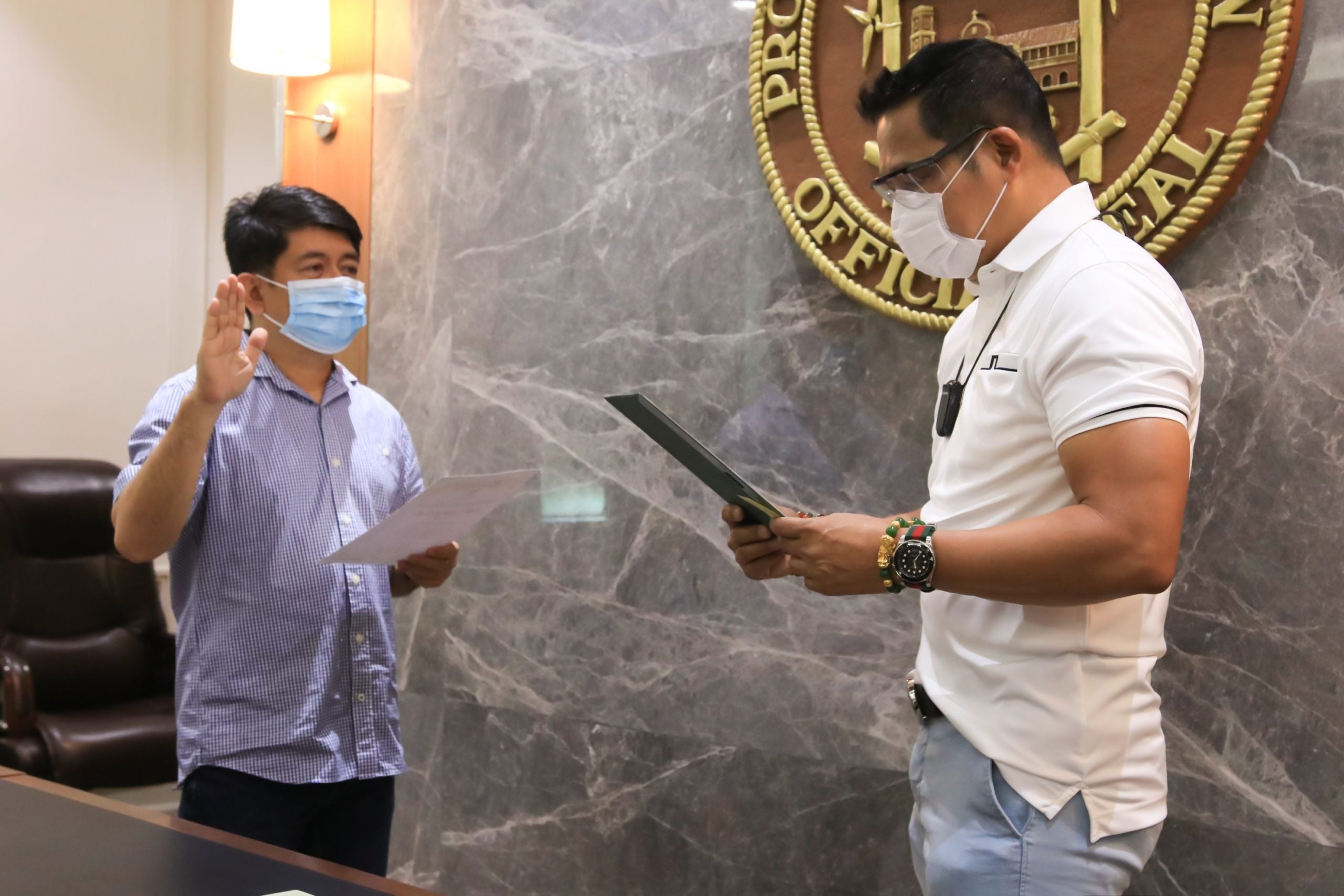 CITY OF MALOLOS–Bocaue Vice Mayor Jose Santiago Jr. took his oath on Monday (June 1) as the new mayor of the town, succeeding Mayor Eleanor “Joni” Villanueva-Tugna, who died last May 28.

Santiago took his oath before Gov. Daniel Fernando at the provincial capitol.

Mayor Tugna died of sepsis secondary to bacterial pneumonia on May 28 while confined in a hospital in Taguig City.

The newly installed mayor was the running mate of former Bulacan Provincial Administrator Jim Valerio, who ran but lost against Tugna in the 2016 and 2019 elections.

Tugna won the Bocaue mayoral race in 2016 through a coin toss to break a tie with Valerio.

Santiago is the son of the late Bocaue Mayor Jose Santiago.