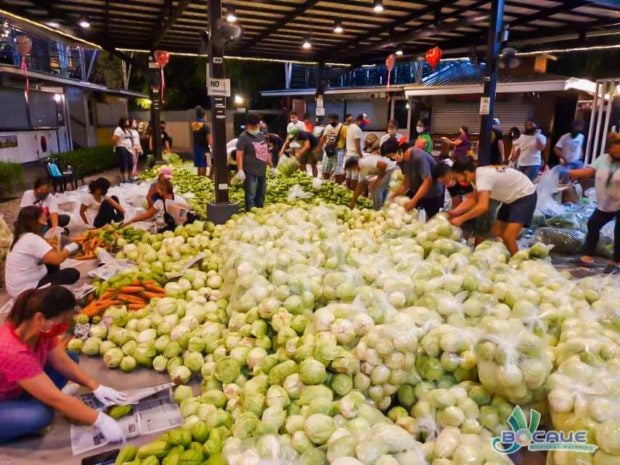 The Bocaue municipal staff helps in repacking the first batch of vegetables that the town bought from the Cordillera farmers. Photo courtesy of Mayor Joni Villanueva/Facebook

The local government unit of Bocaue, Bulacan, has been continuously helping the local farmers of Cordillera by buying their fresh harvests so that the farmers can still earn a living amid the Luzon-wide enhanced community quarantine due to the coronavirus pandemic (COVID-19).

Last April 1, the municipality of Bocaue, led by Mayor Joni Villanueva, went to Mountain Province and purchased the first batch of assorted vegetables weighing 13,200 kilos for P500,000. These were all repacked by municipal staffs and initially distributed to senior citizens of different households for free.

(Mayor Joni Villanueva sympathized after reading [the news] about the plight of the farmers. Their products were starting to rot because they could not be brought to the markets due to the existing lockdown. So they were very happy when someone responded to their call.)

Mayor Villanueva also asked her fellow townspeople to help the Cordillerans in farming.

On April 7, four truckloads of vegetables were delivered to Tipanan Food Park along Governor Fortunato Halili Avenue in Bocaue and were distributed immediately while they were still fresh.

For the second batch of fresh produce, Bocaue bought more vegetables weighing about 68,000 kilos worth P2.5-million. To sum up, a P3 million worth of vegetables were purchased by the municipality from the Cordillera farmers. 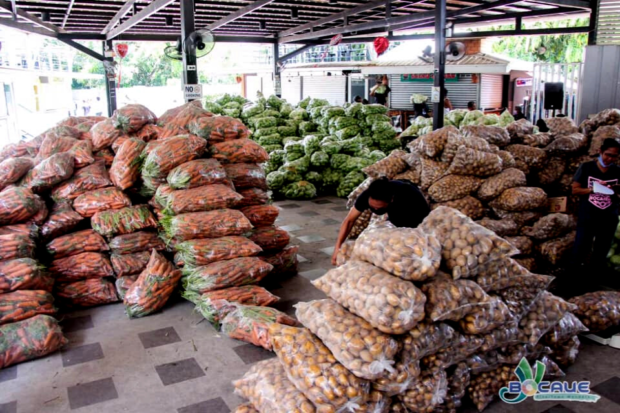 Sacks of vegetables bought by the local government unit of Bocaue, Bulacan from the Cordillera farmers. Photo courtesy of Mayor Joni Villanueva/Facebook 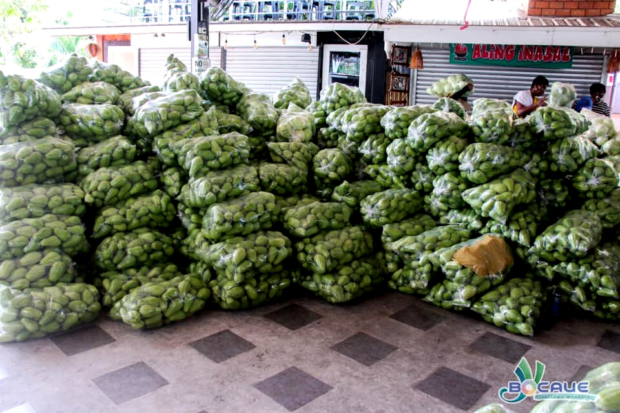 Sacks of sayote (chayote) bought by the local government unit of Bocaue, Bulacan, from the Cordillera farmers (Photo courtesy of Mayor Joni Villanueva/Facebook)

The municipality of Bocaue has also been distributing “Timba Timbang Biyaya” food packs to its residents since March 27. Each bucket is packed in full with six kilos of first-class rice, canned goods, coffee, noodles and dried fish.

The tinapa or smoked fish were made by tinapa manufacturers and vendors from Barangay Bambang in Bocaue, where the business has been operating for over 30 years now. Five families in Bambang are said to be leading this business and each of them has its own vendors, cooks, packers and other workers. They are all among those affected by the enhanced community quarantine.

(Because the market is open for limited hours, their goods are not being sold out. Tinapa vendors also can no longer sell the products outside the market. As a result, their sales are slowly declining.)

When Mayor Villanueva learned about  their plight, she immediately helped them and bought over 29,500 packs (or 147,500 pieces of smoked fish) from the tinapa vendors, which amounted to P1 million. 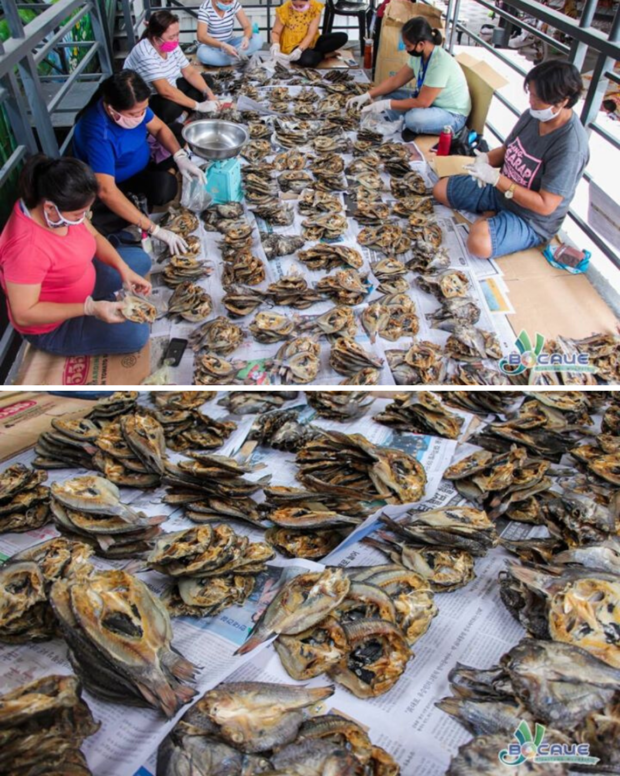 (The tinapa vendors in the barangay collaborated to produce the smoked fish. Due to the volume of work to be done, a huge capital was needed, and they were very happy when the municipality lent them capital.)

Moreover, the Bocaue LGU aims to continue providing the needs of the townsfolk while the country faces the specter of COVID-19.  /ra