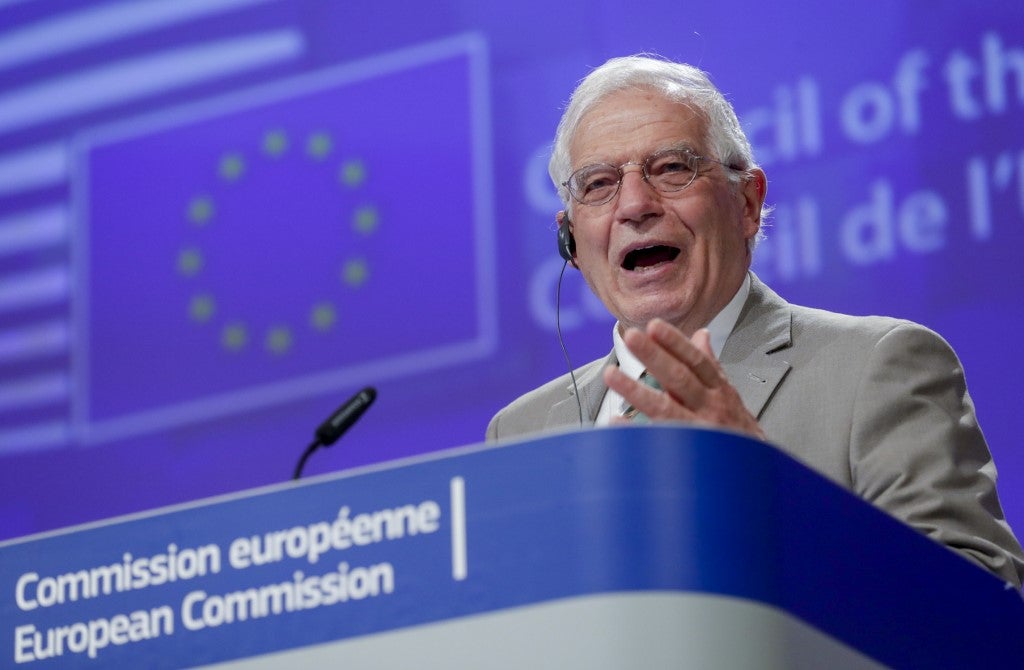 The European High Representative of the Union for Foreign Affairs, Josep Borrell attends a video conference with Europeans Foreign Ministers in Brussels, Belgium, on April 22, 2020, during a strict lockdown in the country aimed at curbing the spread of the novel coronavirus. (Photo by OLIVIER HOSLET / POOL / AFP)

“The European Union has a strong stake in the continued stability and prosperity of Hong Kong under the ‘One Country Two Systems’ principle,” Borrell said.

“It attaches great importance to the preservation of Hong Kong’s high degree of autonomy, in line with the Basic Law and with international commitments,” he added.

Under “One Country Two Systems”, Hong Kong is part of China but governed as a “Special Administrative Region” under a Basic Law that came into effect when British rule ended in 1997.

Pro-democracy campaigners in Hong Kong have threatened to take to the streets to renew protests that rocked the territory for seven months last year, and drew Beijing’s anger.

US Secretary of State Mike Pompeo has said the proposed security law would “sound the death knell” of Hong Kong’s relative freedom.

Borrell warned that the European Union will also “continue to follow developments closely”.

“The EU considers that democratic debate, consultation of key stakeholders, and respect for protected rights and freedoms in Hong Kong would represent the best way of proceeding with the adoption of national security legislation,” he said.