MANILA, Philippines — Police operatives have confiscated P81.6 million worth of suspected crystal meth, or popularly known as shabu, in a buy-bust operation in Taguig City over the weekend as two suspects were killed in a shootout that ensued. 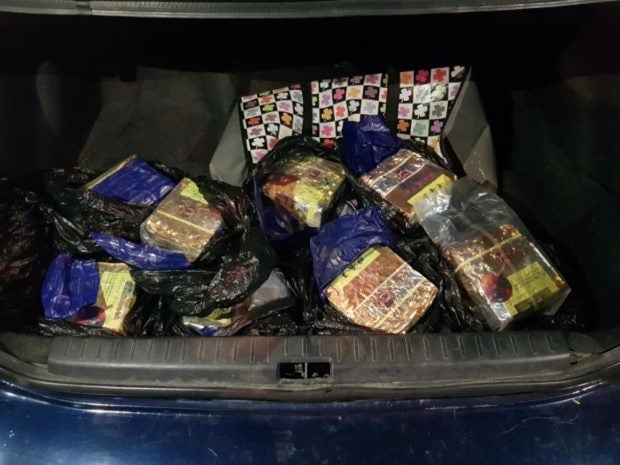 Police officers seized P81.6 million of crystal meth during a buy-bust operation at Taguig City on May 22. /NCRPO PIO

NCRPO said an undercover policeman was sent to buy shabu from Labandaria and Querubin but during the drug deal, the suspects sensed that they were dealing with a law enforcer and consequently, Labandaria drew his gun and pointed it at the police operative.

A chase followed as the suspects were able to flee aboard their car. But lawmen cornered them upon reaching Barangay New Lower, Taguig City, where the gun battle occurred. The suspects sustained fatal injuries and later died in a hospital.

Seized from the police operation are 12 kilograms of meth concealed in Chinese tea bag packages valued at P81,600,000; marked money worth P1 million; two vehicles; a caliber .45 pistol with live ammunition; and a submachine gun with live ammunition.

NCRPO said the pieces of evidence were brought to its RSOG while the crystal meth was submitted to the PNP Crime Laboratory for examination.