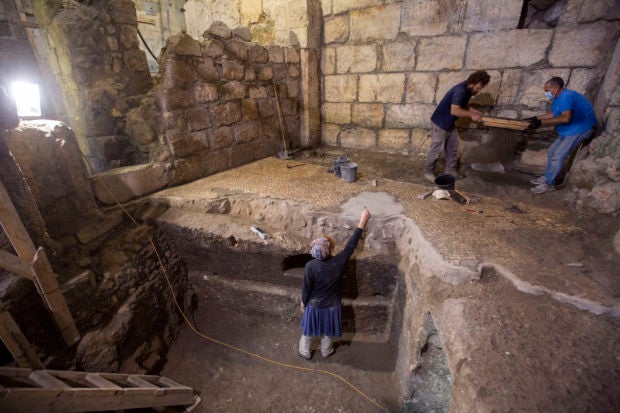 Israeli archaeologists on Tuesday exhibited a recently uncovered, unusual series of 2,000-year-old chambers carved out of the bedrock beneath the Western Wall plaza in Jerusalem.

The Israel Antiquities Authority’s excavations are uncovering new sections of a sprawling network of ancient subterranean passageways running alongside a contested Jerusalem holy site known to Jews as the Temple Mount and to Muslims as the Noble Sanctuary.

The Temple Mount is the holiest site in Judaism, while the compound is the third-holiest site in Islam. It was the site of two Jewish temples in antiquity and today is home to the Al-Aqsa Mosque and Dome of the Rock. 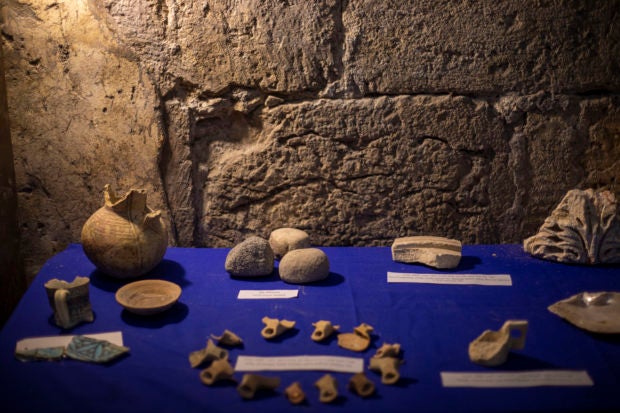 Archaeologists began excavating a large, late Byzantine building located around 35 meters (120 feet) from the base of the wall last year. Beneath the plain white mosaic tiled floor of the monumental structure, they discovered a series of small chambers hewn out of the bedrock. Fragments of clay oil lamps and limestone cups helped date the subterranean rooms to around 2,000 years ago.

Lead archaeologist Barak Monnickendam-Givon said the “very huge investment in rock cut installation work” below ground had never been found before in the ancient city and was “very puzzling.” It remains unclear what the tiny chambers were used for. 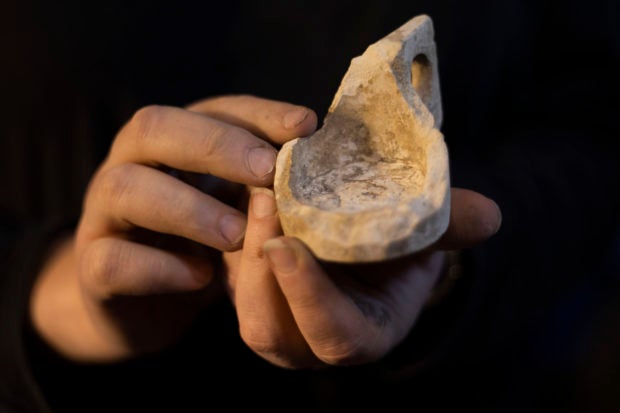 The underground archaeological excavation is taking place about six or seven meters (20 feet) beneath the modern street level of the Western Wall plaza.

Researchers hope the discovery of common items, such as bone and ceramic fragments, will help shed light on daily life in Jerusalem before its destruction by Rome in 70 A.D. RGA

Even in pandemic, Jews flown to Jerusalem for burial

Read Next
Man who left dogs to starve to death in apartment gets arrested for animal neglect
EDITORS' PICK
Who is Julian Ongpin?
Duterte orders review of conduct of war on drugs
Smart powers Liga Adarna Season 4: Race to the Top
‘Reporter/commentator’ mauled for stealing fighting cocks
Miss Universe Philippines partners with JC
No evidence to warrant filing of homicide case vs Julian Ongpin – police
MOST READ
Gordon: Senate uncovered ‘mother of all corruption’ under Duterte admin
LOOK: Angel Locsin inspires with weight loss progress
Isko Moreno reaches out to other presidential bets for unity
Who is Julian Ongpin?
Don't miss out on the latest news and information.