Young doctor in fatal Lionair flight had ‘zest for life,’ but ‘fought like a hero’ 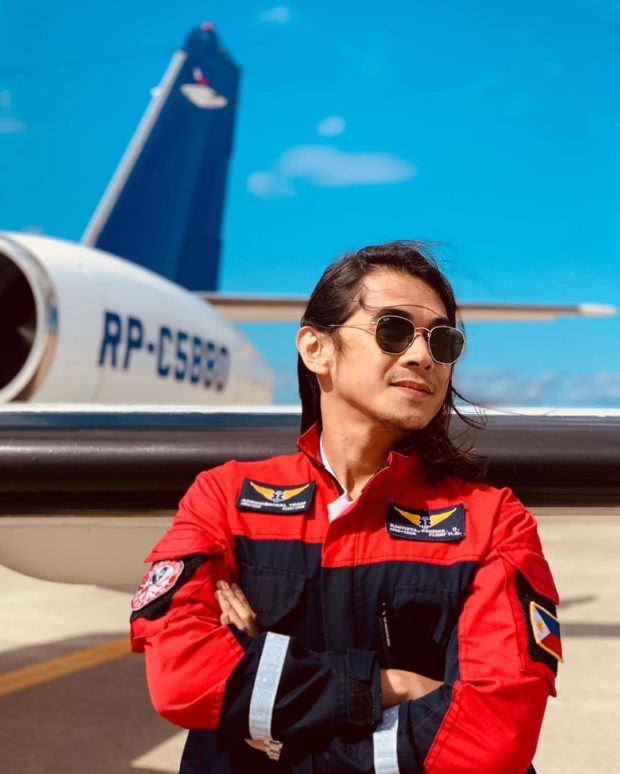 Dr. Nicko Bautista in Japan last March 26, with the ill-fated Lionair plane at the background. Photo provided by his family friend.

MANILA, Philippines — All Dr. Nicko Bautista wanted was to see the “terrible” coronavirus outbreak come to an end so that he could again experience the simple pleasures of life — to have fun with his friends, and spend time with his family.

But the young government doctor will never again see his hopes, his zest for life, come to fruition.

Bautista, 33, was among the eight passengers of the ill-fated Lionair plane that exploded upon takeoff Sunday night at the NAIA, bound for a medical evacuation mission in Japan.

A look into the profile of this long-haired medical practitioner showed his hunger for adventure. This joie de vivre is very much obvious in his public Facebook account.

In his last Facebook status over the weekend, Nicko said he “can’t wait for all of this to be over,” referring to the outbreak of the coronavirus disease (COVID-19) which has so far infected over 1,400 people in the Philippines.

WHEN YOU LIE. WE DIE.I stand with the medical community in honoring one of our fallen comrade in his battle with…

“I can’t wait for this terrible disease to end…  for all the worrying to be done and for all the uncertainties to end,” he said.

In a separate Facebook post late Sunday, Nicko’s sister Ria paid tribute to the brother that she lost, not to the terrible disease, but to a horrific plane accident.

I lost my brother on that flight. No words can describe how devastating it is to lose a family member in such a horrific…

“I lost my brother on that flight. No words can describe how devastating it is to lose a family member in such a horrific way. How do you process something like this. How,” she wrote.

“All I know is that he fought like a hero and I can only hope that his fight would not be in vain,” she added.

The ill-fated flight was on a medical evacuation mission bound for Haneda Airport in Japan carrying eight passengers — a flight medic, nurse, doctor, three flight crew, a patient, and a companion.

And he was no puny hero, according to a close family friend of the Bautistas in an interview with INQUIRER.net over the phone.

The family friend who declined to be identified described the young doctor — the second doctor in the family — as being an “outgoing, kindhearted, and gifted.”

Incidentally, Nicko was in the same circle as Dr. Israel Bactol in the medical school of the Pamantasan ng Lungsod ng Maynila, who earlier succumbed to COVID-19.

“He really enjoyed life, laging nasa beach. He wanted to have fun and he loved singing, like his sister and father,” his friend said, referring to Ria who is a singer, and their father, who was also a band member in his time.

However, Nicko’s heart for the poor and the needy may be what made him heroic.

A resident at the Mandaluyong City Medical Center, Bautista was quite known for sometimes footing the bill of his cash-strapped patients. He was also a staunch fighter for the improvement of government medical facilities and public health system.

Sometimes, he always made personal requests in the private sector to make donations to his hospital.

“He is really a hero. He may not have died due to COVID-19, but he was at the frontline of the fight against coronavirus in his hospital. This fight is really close to his heart,” his friend said.