Plane going to Japan explodes on NAIA runway, killing all 8 people on board | Inquirer News

MANILA, Philippines — A Lionair West Wind 24 aircraft caught fire and exploded on a runway of the Ninoy Aquino International Airport (NAIA) at 8 p.m. Sunday night, killing all eight people on board.

“The runway has been temporarily closed, as investigators from the Aircraft Accident Investigation Board of the Civil Aeronautics Authority of the Philippines are now on-site to determine the cause of the incident,” the Manila International Airport Authority (MIAA) said in a statement issued shortly after the incident.

The MIAA confirmed that no passenger survived the accident. The plane caught fire then exploded as it was taking off on runway 24.  The fire was put out at 9:02 p.m.

The Lionair plane Flight RPC 5880 was carrying eight passengers — a flight medic, nurse, doctor, three flight crew, a patient, and a companion. The flight was on a medEvac mission to Haneda, Japan, MIAA said.

The plane belongs to Lionair Inc., which is owned by Archie Po and is different from Lion Air, an Indonesian airline company. 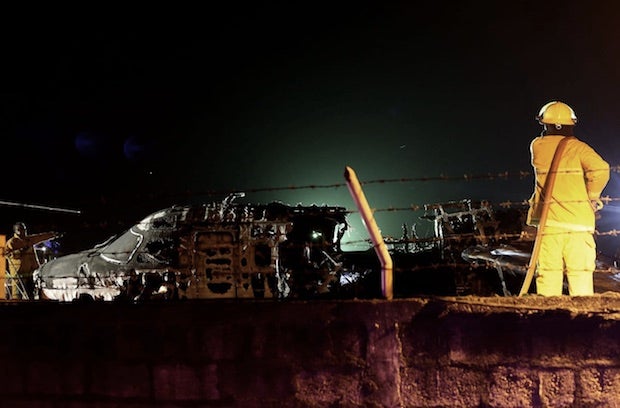 The medical evacuation plane that caught on fire and exploded during takeoff at the runway of Ninoy Aquino International Aiport in Pasay City, killing all eight passenger. (Photo by RICHARD A. REYES / Philippine Daily Inquirer)

In tweets, Sen.  Richard Gordon said the Philippine Red Cross (PRC), of which he is the chairman, had dispatched medic teams to the scene. 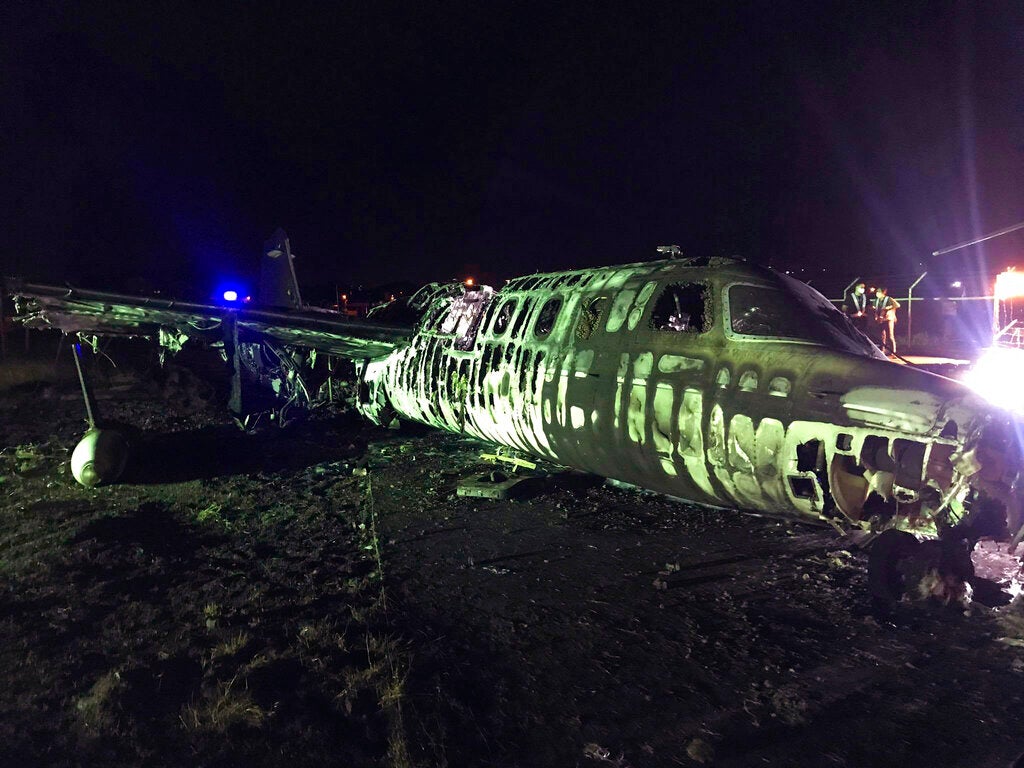 In this handout photo provided by the Manila International Airport Authority (MIAA) Media Affairs Office, the remains of a Lion Air, West Wind 24 aircraft lies along the runway after it caught fire during take off at Manila’s International Airport in Philippines late Sunday March 29, 2020. A plane carrying eight people has caught fire while attempting to take off from Manila’s airport on a flight bound for Japan, killing all those on board, officials said (MIAA Media Affairs Office via AP)

Our fire and medic teams were already dispatched to NAIA Terminal 2 to respond to the plane crash incident involving Lion Air Flight RPC 5880. 8 passengers consisting of a flight medic, nurse, doctor, three flight crew, one patient and its companion were on board.

Photos from our team on the ground. pic.twitter.com/5SYvVxkcZk