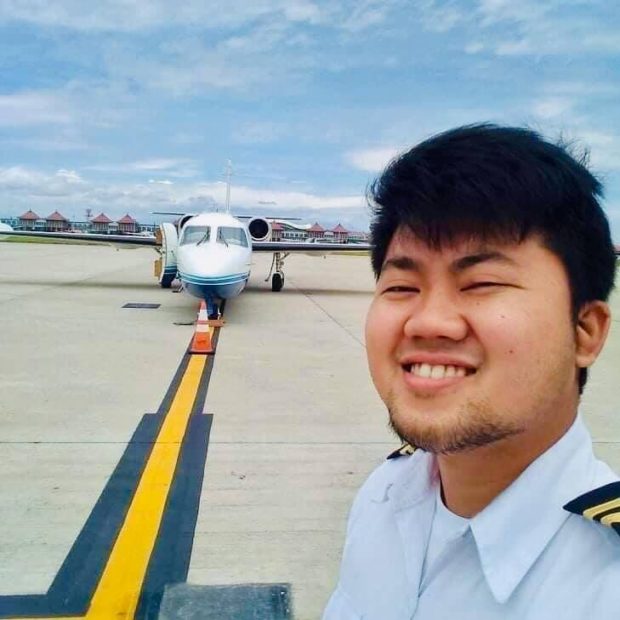 Lionair pilot-trainee Edmark Agravante Jael was among the crew of the crashed aircraft. CONTRIBUTED PHOTO

PIGCAWAYAN, NORTH COTABATO — People here are mourning the death of a student pilot who was aboard the Lionair Agusta WWW24 plane that exploded after taking off at the Ninoy Aquino International Airport (NAIA) on its way to Haneda, Japan on a medical evacuation mission.

Mayor Jean Dino D. Roquero said classmates and town mates of Edmark Agravante Jael are mourning what they said was his untimely death.

“We are deeply saddened,” the mayor said after learning of Agravante’s death. “We know no words could ease your pain right now,” he said, addressing himself to Agravante’s family.

A graduate of Asian International School of Aeronautics & Technology (AISAT) in Davao City, Agravante was aboard the Agusta WW24 aircraft as a pilot-trainee of Lionair.