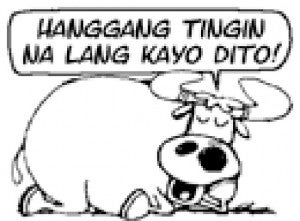 Move over, Bohol. A new tarsier sanctuary that promises less stress for the endangered primates is rising in Mindanao.

The Endangered Species International (ESI), a San Francisco-based conservation group, is working with the B’laan tribe on Mount Matutum in South Cotabato to establish a tarsier conservation center on the slopes of the mountain and to protect the forest.

The project aims to provide jobs and bolster the pride of the B’laan, while preserving the hardwood forest on Mt. Matutum, which is under threat from commercial plantations, said ESI president Pierre Fidenci.

Fidenci, a Frenchman who first traveled to the Philippines in 2001, said the tarsier population in South Cotabato could be bigger than that in Bohol because of the size of the area.

“We are still collecting data on the population,” he said. Bohol has some 700 tarsiers, according to the Tarsier Foundation.

Tarsiers, one of the world’s smallest primates, are among the top draws of Bohol that established a conservation center in the town of Corella in 1996.

Tarsiers have been placed on the red list of threatened species by the International Union for Conservation of Nature and Natural Resources, which says their forest habitats are being swallowed by logging, mining, agriculture and other activities.

The ESI says the conservation center will be managed with the B’laan, who know the forest and the behavior of the tarsiers like the back of their hands. It expects the facility to be up and running next year.

Fidenci said the center would put up mountain trails that may be used to educate the public on how the tarsiers live and to make them understand the value of mountain forests.

There will be a wide enclosure where the public may observe the animals through a telescope.

“They can have a walk through the trails in the protected area, maybe learn about medicinal plants. Then they can go down to the tarsier conservation center,” Fidenci said. “There is definitely a tourism potential here.”

Fidenci said the conservation center would not take the tarsiers out of the wild.

He disapproved the parading the nocturnal animals to visitors during the day as the practice stresses them, he said.

Aside from managing the sanctuary, the B’laan can create souvenir items or engage in organic farming.

Fidenci said this would give the people a sense of pride for their place and work.

The ESI president said the project would use tarsier conservation as the jumping point for the conservation of Matutum.

“People,” he said, “love the tarsier,” which he described as an “iconic” animal.

“We want to regain the forest … In the end, we will also be protecting other plants and species,” he added.

Another endangered species, the monkey-eating Philippine eagle, was sighted on Mt. Matutum a few years ago.

Fidenci said his group hoped that the rehabilitation of the area would entice other species to come back.

The slopes of Matutum have been deforested and planted with pineapples and bananas over the years.

The mountain has a forest reserve of 14,000 hectares, but only 3,000 ha comprise primary old-growth forest, data from the Birdlife International show.

The ESI and the municipality of Tupi have started the first phase of the project.

The group is educating the B’laan about the potential of the sanctuary and as wildlife volunteers, Fidenci said.