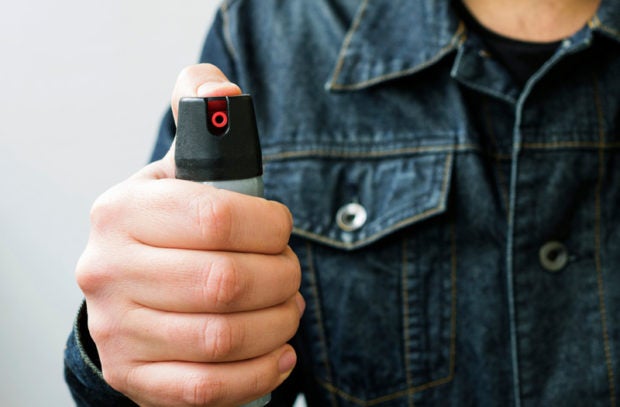 A student accidentally used pepper spray on himself during a gym class in Florida. INQUIRER.net Stock Photo

A student in Florida unknowingly used pepper spray on himself, causing classmates affected by the spritz to be sent to the hospital for treatment.

A total of 41 students from Highlands Middle School were taken to hospitals in the area on Feb. 28 after kids started coughing during a 7th-grade gym class, Action News Jax reported. The gym, which had about 60 to 80 students during the incident, was evacuated.

Based on information from an investigation carried out, Principal Evan Daniels told parents that a student had brought in pepper spray for personal use, as per The Gainesville Sun on Friday, March 6.

“While this is not a criminal offense, pepper spray of any quantity on campus is a prohibited item under the code of student conduct,” he clarified.

A different student took the pepper spray from the owner’s belongings during the physical education class and sprayed it on himself.

The student who owned the pepper spray would be dealt with “appropriate disciplinary consequences for bringing a prohibited item on campus,” as per the Duval County Public Schools. The classmate who used the spray was to receive a juvenile civil citation.

Meanwhile, security presence at the school has been heightened since the incident. Niña V. Guno /ra