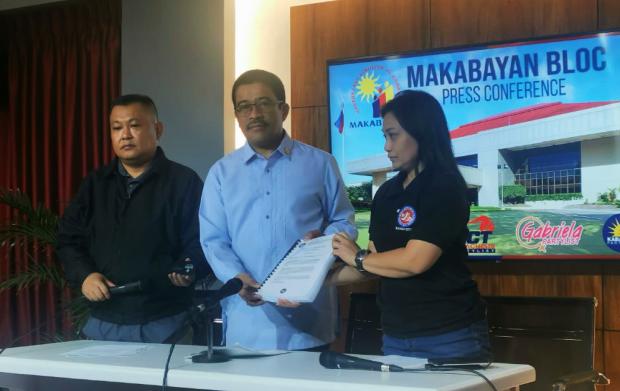 MANILA, Philippines — The National Union of Journalists of the Philippines (NUJP) on Wednesday submitted to the House of Representatives the 200,000 signatures they had collected calling for the franchise renewal of ABS-CBN.

The signatures, the NUJP said, were collected through actual gathering in Metro Manila and through the website change.org.

“The NUJP is undertaking this petition signing to show support to the authors of the 11 franchise bills and to urge the House of Representatives Committee on Legislative Franchises to schedule their discussion,” the NUJP said in a statement.

The group was referring to the 11 bills pending before the lower chamber which seek to renew the franchise of the media giant.

President Rodrigo Duterte has been vocal against the franchise renewal, accusing ABS-CBN of failubg to air his campaign ads during the 2016 presidential elections.

Under Republic Act No. 3846, all radio and television networks must secure a franchise permit from Congress before they can operate.

ABS-CBN’s franchise is set to expire on March 30.