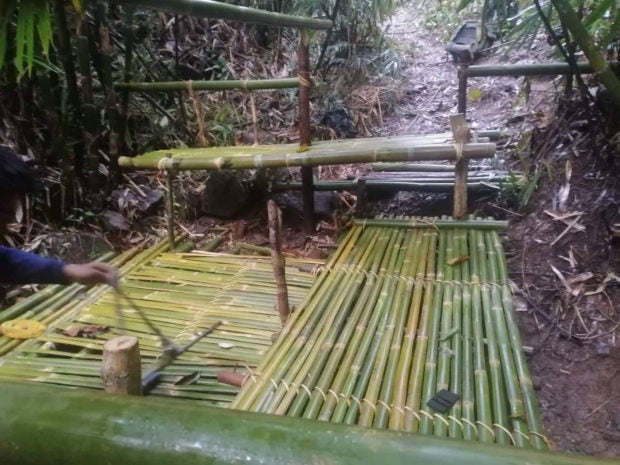 Soldiers say this hut was part of the guerrilla camp overrun by soldiers in the city of Ilagan in Isabela province. PHOTO FROM COL. GLADLUZ CALILAN

CITY OF ILAGAN–The military said soldiers had overrun a communist rebel camp with more than 50 huts and training cottages made of bamboo in the mountains of Rang-ayan village in this city.

Thr military said three guerrillas, reportedly belonging to the Isabela Central Front and the Regional Sentro De Gravidad, were killed during the clash.

“The people in the area are not wary of the presence of the communist rebels in their village but they were surprised when the armed men visited their houses and asked for food,” Calilan said.