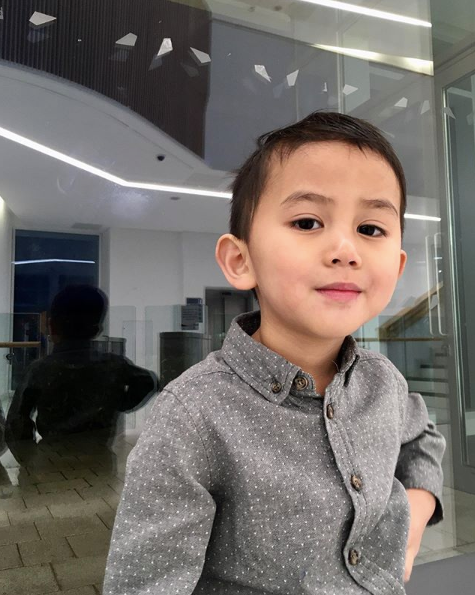 A 3-year-old Malaysian boy residing in the United Kingdom is currently the youngest member of high-IQ society Mensa.

Mensa, which was founded in Oxford, England in 1946 requires that children below ages 10 and a half need to be assessed by an educational psychologist, The New York Times reported on Jan. 22. To become a member, one’s IQ must be in the top 2% of the population. The youngest member was 2 years old when he was accepted.

At three, Haryz can read entire storybooks and breezes through mental math exercises on addition, as seen on his Instagram page.

He also has a YouTube channel which has a video of him animatedly narrating a storybook at 2 years old.

When he is not explaining scientific concepts like why objects sink, Haryz plays and swims like any other child.

His parents Anira and Mohd did not realize their child had such advanced intelligence until he was in nursery, his mom told Metro.

Anira said they speak to him in Malay, but Haryz has managed to master English.

Of his entry into the exclusive Mensa society, she said in the report, “The most important thing is that he is happy with what he is doing, and we will be proud of him no matter what he achieves.” Niña V. Guno/JB

8-year-old genius with Asperger’s, has higher IQ than Einstein and bullied, now off to college