8-year-old genius with Asperger’s, has higher IQ than Einstein and bullied, now off to college 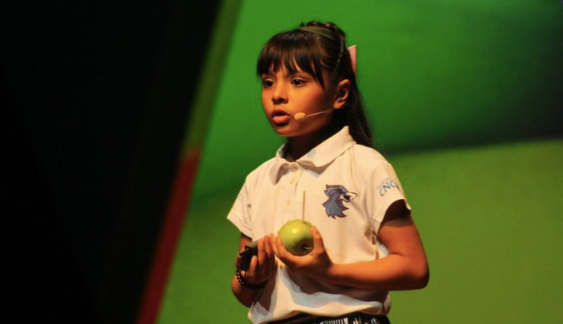 Adhara Perez from Tlahuac, Mexico has the intelligence quotient (IQ) of 162. That is a few steps higher than Albert Einstein’s (160) and Stephen Hawking’s (160). The eight-year-old genius is now preparing to go to the United States to study astrophysics, to fulfill her dream of becoming an astronaut.

But before Perez discovered her full potential, the child diagnosed with Asperger’s syndrome was bullied by her peers, as per The Yucatan Times last Wednesday, Nov. 13.

“I saw that Adhara was playing in a little house and they locked her up,” her mother Nallely Sanchez said. ” [T]hey started to chant: ‘oddball, weirdo!’ And then they started hitting the little house.”

Nallely said she didn’t want her child to suffer any longer. Adhara also fell into depression due to the bullying, as per report. The child’s psychiatrist recommended that they go to the Talent Care Center where they found out about Adhara’s outstanding IQ.

The center offered classes where they taught children according to their abilities. At the age of five, Perez was able to finish elementary school. She graduated from middle school when she was six, and now at eight, Perez is also officially a high school graduate.

Now, Perez is taking two online degrees, which are industrial engineering in mathematics at the Universidad Tecnológica de México (UNITEC) and systems engineering under the Comprehensive National Cybersecurity Initiative (CNCI).

Perez wants to be an astronaut someday. Nallely supports her daughter in realizing her dreams, the report stated, as they plan to go to the U.S. so Adhara can enroll at the University of Arizona.

Adhara’s family hopes that she could get a scholarship to study astrophysics. Adhara is also studying English in preparation for college.

The child wrote a book with a title that roughly translates to “Do Not Give Up”, according to People on Friday, Nov. 15. Cha Lino/JB