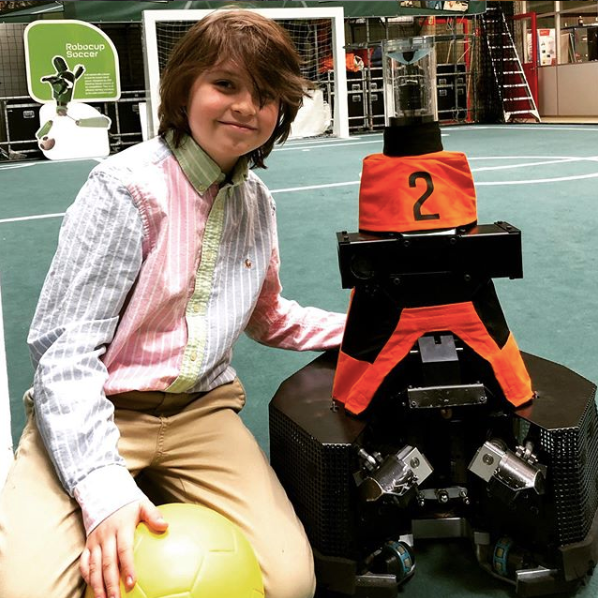 Laurent Simons has the ability to absorb information at a rapid speed.  Image: Instagram/@laurent_simons

A 9-year-old Belgian boy is set to graduate from university after finishing a three-year undergraduate degree in just nine months.

Laurent Simons entered the Netherlands’ Eindhoven University of Technology in March, taking up electrical engineering. He is on track to complete his final project by December, Dutch news site AD reported on Nov. 11.

The child genius has an IQ of 145, though it could be higher—145 is the limit of the test he took. He enrolled in high school when he was 6 and at the time, to stifle his boredom, he undertook a research project at the Academic Medical Center in Amsterdam.

During summers, he took up courses for gifted kids in the universities of Stanford and Fairfield in the United States. Simons finished high school when he was 8.

His mentor at the university, Peter Baltus, admitted that at first, he thought it was strange to teach someone so young. Now, he forgets Simons’ age and talks to him like any 20-something student.

Simons’ ability to quickly absorb information is attributed to his photographic memory. The professor believes that Simons’ intelligence goes beyond memory. According to Baltus, what normally takes an adult student eight to 12 weeks, Simons is able to do in one.

The young genius is still very much a child when it comes to his emotions, according to his parents. He spends weekends playing with dogs, and his mom says he gets stubborn when he does not like how dinner is cooked.