Duterte ‘under the weather,’ tête-à-tête with Panelo postponed anew 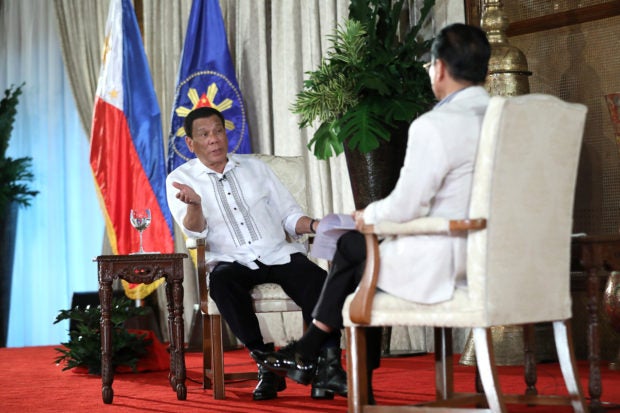 Panelo said Tuesday it will be rescheduled next week because the President is feeling “under the weather.”

“We are sorry that you had to wait for sometime for this tête-à-tête with the President. However, the President is presently under the weather,” Panelo said.

“He had several meetings yesterday and he had to pore on many documents, hence he doesn’t feel well today. We will have to move this one-on-one interview with the President perhaps next week,” he added.

The said one-on-one was originally scheduled last January 22 but was postponed due to “pressing matters.”

Panelo’s first televised interview with the President was held in September 2018.

The interview that lasted more than an hour discussed topics on his critic former Senator Antonio Trillanes IV, martial law in Mindanao, rising rice prices, reopening of Boracay, among others.