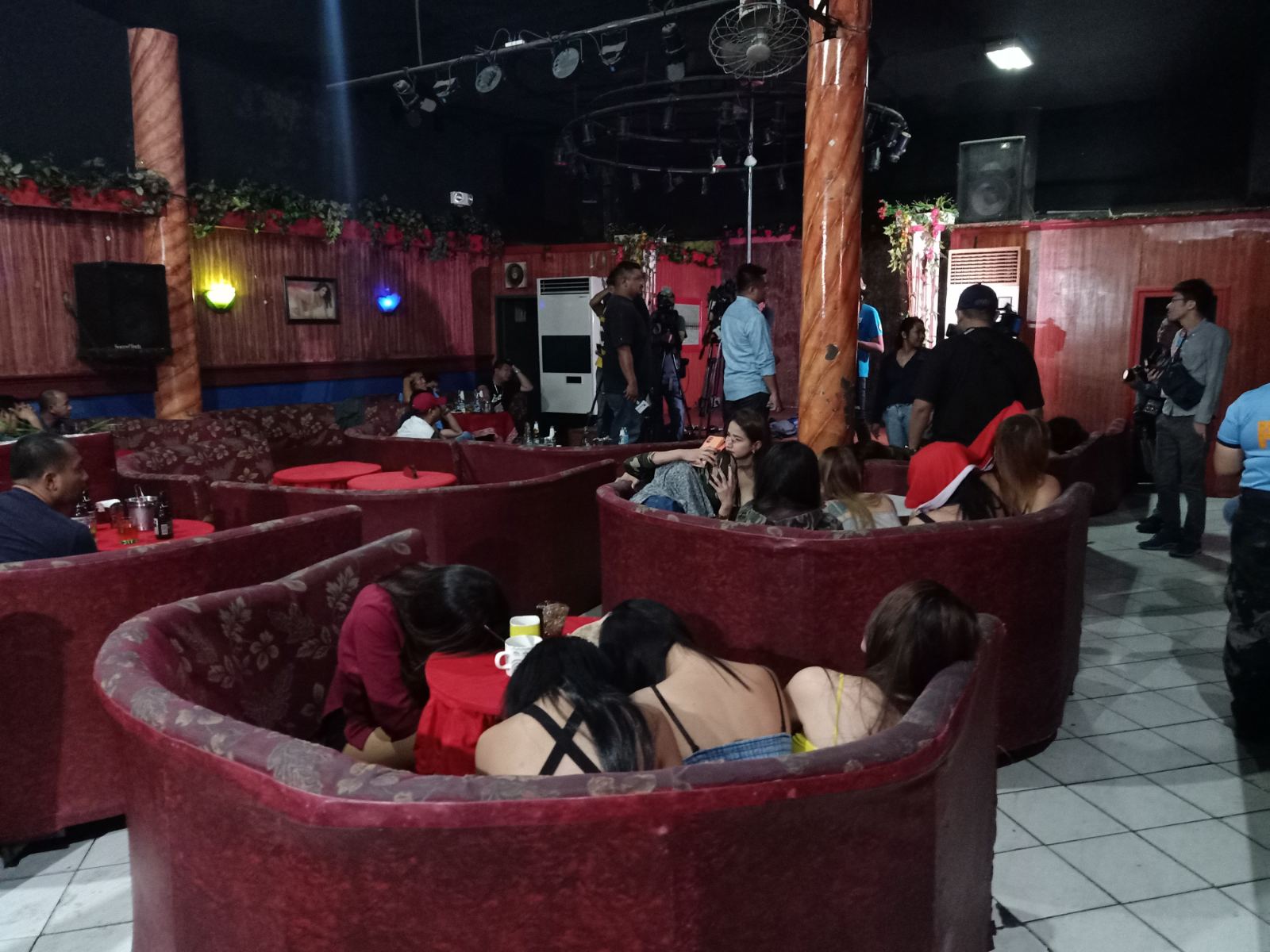 MANILA, Philippines — Police on Wednesday rescued 31 women from a bar and restaurant in Makati  City which was allegedly being used as a prostitution den.

Makati City police chief Col. Rogelio Simon said operatives from the Makati Investigation Division and Women and Children Protection Desk placed the establishment in Barangay Palanan under surveillance prior to the 11 p.m. raid.

The operation was hatched after police received an anonymous tip on the illegal activities in the establishment.

During the surveillance, authorities found that women were engaged in sexual services. Law enforcers also learned that the bar was operating with an expired business permit while employees of the establishment also have expired working and health permits.

Police said Makati Business Permit and Licensing Office (BPLO) will also conduct further investigation on the bar to evaluate whether or not to close the said establishment.

Further investigation to identify the operators of the establishment is ongoing, the Makati police added.

This was the fourth suspected prostitution den unveiled by authorities in Makati City so far this year.