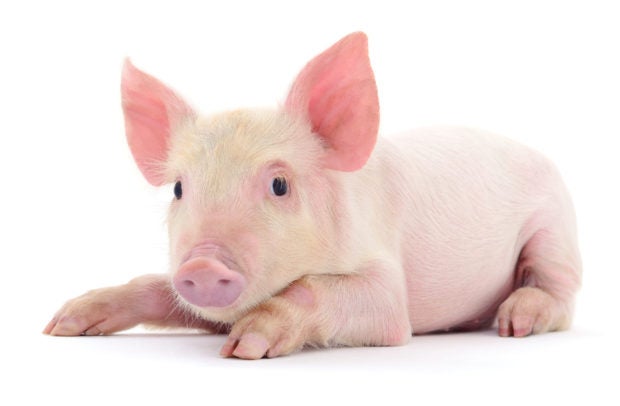 A live pig that was strapped to a bungee rope and pushed off a 70-meter-high platform for a theme park’s attraction garnered the public’s outrage in China.

The 75-kilogram pig was suspended in the air while wearing a purple cape last Sunday, Jan. 18. After the event, the pig was reportedly taken to a butcher to be served in a banquet for the Lunar New Year, as per South China Morning Post on Sunday, Jan. 19.

A video of the event became viral on China’s Twitter-like social media site, Weibo, after it was uploaded over the weekend. The event was meant to be “just a bit of entertainment”, according to a public relations worker the newspaper cited.

The stunt was arranged for the opening of an attraction in Mexin Wine Town theme park in the Chongqing municipality in China, according to Thecover.cn via South China Morning Post. The park’s unnamed owner also said the stunt was meant to mark the end of the Year of the Pig and welcome the Year of the Rat this Saturday.

“It’s our opening day today,” the owner was quoted as saying. “We let the pig make the first jump because pork prices have been very high this year and recently they dropped a bit.”

The video sparked anger among netizens, according to BBC’s report yesterday, Jan. 20. The theme park issued an apology for the event dubbed as “golden pig bungee jump.”

“We sincerely accept netizens’ criticism and advice and [apologize] to the public,” it said. “We will improve [our] marketing of the tourist site, to provide tourists with better services.”

Animal group People for the Ethical Treatment of Animals (PETA) also condemned the incident by stating that the stunt was “animal cruelty at its worst.”

“Pigs experience pain and fear in the same ways that we do,” PETA spokesperson, Jason Baker was quoted as saying to BBC News. “[T]his disgusting PR stunt should be illegal.”

WATCH: Parrot mistaken as ‘woman screaming for help’ gets visit from police