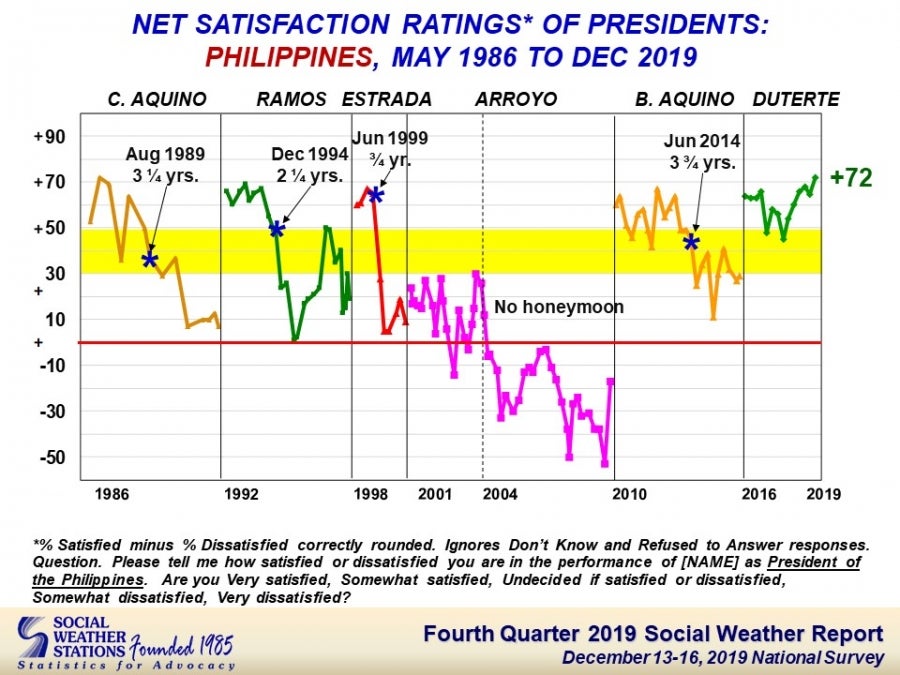 Specifically, SWS said the December 2019 survey found that 82 percent Filipinos were satisfied with Duterte’s performance, eight percent were undecided, while 10 percent were dissatisfied.

The pollster used 1,200 interviews of Filipinos aged 18 years old and above nationwide. Of which, 300 were interviewed in Metro Manila, Balance Luzon, Visayas and Mindanao.

The survey used sampling error margins of ±3% for national percentages, and ±6% each for Metro Manila, Balance Luzon, Visayas, and Mindanao, SWS said.

The survey also discovered that 52 percent of Filipinos were expecting that the tough-talking President will fulfill most of his promises.