WATCH: Parrot mistaken as ‘woman screaming for help’ gets visit from police 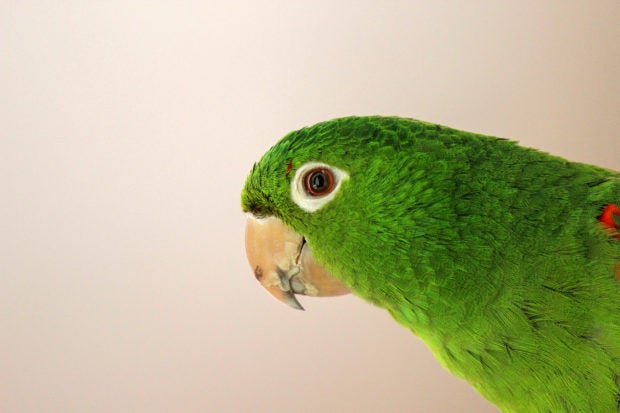 A concerned resident called the police to check on her neighbor after she supposedly heard a woman screaming for help, in Florida, United States. Police officers from Lake Worth Beach gave the homeowner a visit only to meet the man’s pet parrot Rambo, the one apparently creating the sound.

The unnamed homeowner was changing the brakes on his wife’s car when the authorities arrived in his house on Dec. 29. The viral video distributor Viral Hog uploaded the man’s security footage on its YouTube channel, on Jan. 3.

A voice shouting “let me out” could be heard on the homeowner’s home security system video while he was fixing a car. The four police officers then approached the homeowner and questioned him about the screaming.

“I’ll bring out the screamer to you,” the homeowner said.

He immediately introduced the officers to the 40-year-old parrot and even made it talk in front of them.

“Rambo, meet the boys in green,” the man stated.

The police left after meeting the parrot. The homeowner then went next door to introduce Rambo to the neighbor, according to the post. They had a good laugh about the incident after the introductions.

“Sometimes Rambo yells ‘help, help, let me out,’” the homeowner said via the YouTube post. “Something I taught him when I was a kid and Rambo lived in a cage.” JB