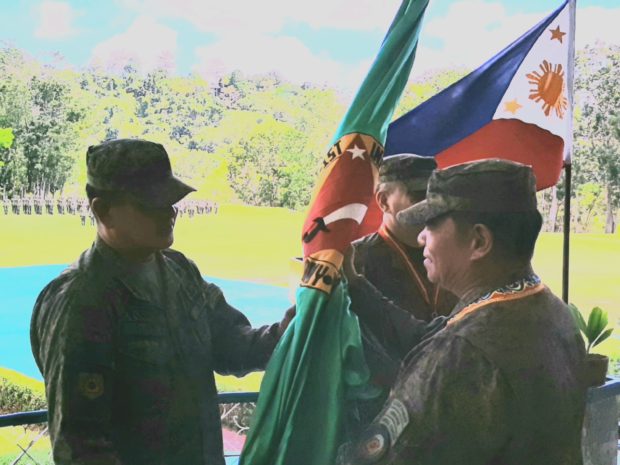 LABANGAN, ZAMBOANGA DEL SUR –– A military officer who took part in the liberation of Marawi City from the hands of Islamic State-linked militants in 2017 is the new commander of the Army’s 1st Infantry Division, which covers the Zamboanga Peninsula and Lanao provinces.

Ponio, of the Philippine Military Academy Class 1988, is the 49th Division Commander, taking over the post from Major General Roberto Ancan, who was promoted as commander of the Central Command based in Cebu City.

He cited Ponio’s role in the liberation of Marawi City in 2017.

Gapay also commended Ancan for dismantling two guerrilla fronts of the communist New People’s Army in the Zamboanga Peninsula, and for overseeing the peaceful conduct of the 2019 midterm polls whereby no civilians were harmed.

Gapay reminded the regional Army command to sustain the momentum of peacekeeping efforts “and uphold the dignity of the Philippine Army.”/lzb