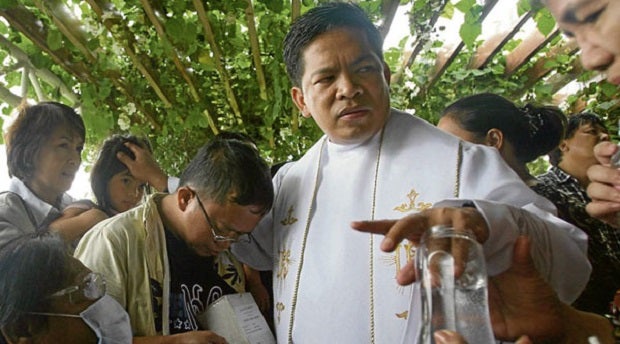 MANILA, Philippines — The Vatican has absolved controversial “healing” priest Fr. Fernando Suarez of the the allegation that he sexually abused minors.

Posted by Missionaries of Mary Mother of the Poor – MMMP on Thursday, January 9, 2020

A decree of notification dated Jan. 6, 2020 — which was released by the Catholic Bishops Conference of the Philippines’ (CBCP) National Tribunal of Appeals — informed Suarez that he had been given a “not guilty” decision by the Vatican’s Congregation for the Doctrine of the Faith.

The document was signed by the National Tribunal of Appeals Judicial Vicar and retired Bishop Antonio Tobias.

The notification was released on the Facebook page of Missionaries of Mary Mother of the Poor (MMMP).

Suarez is known to be the founder of the foundation.

The “not guilty” verdict, according to the Congregation, means that Suarez was “falsely accused of this crimes and, therefore, nothing now stands in the way for him to exercise his healing ministry, provided it is done properly in coordination with the ecclesiastical authority of every ecclesiastical jurisdiction.”

The decision was in response to a case filed by the National Tribunal of Appeals. It was submitted to the Vatican on May 8, 2019.

Suarez is known to be a celebrated, yet controversial, priest known to draw crowds for his healing Masses.