5,000 families in Pagadian to benefit from housing program | Inquirer News

5,000 families in Pagadian to benefit from housing program 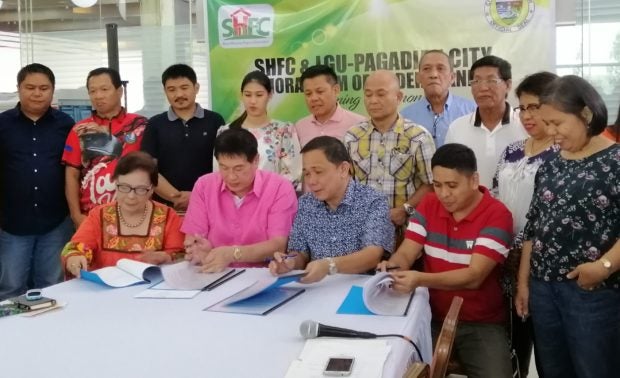 Recently, the city government signed a memorandum of understanding with the SHFC.

Arnolfo Ricardo Cabling, SHFC president, said the initial 5,000 beneficiaries should be from organized groups, either from formal or informal settlers.

“It is up to the local government to choose which organized groups to prioritize, so long as they pass the requirements set,” he added.

Cabling observed that not many local governments in the country seriously looked into providing housing to constituents as part of its mandate of extending social services.

“Comfortable shelter is part of the social services they should provide,” Cabling reminded.

Mayor Samuel Co disclosed that the city government initially allocated P40 million for the purchase of land where SHFC could develop the housing units.

Co added that he has asked an inventory of all city government-owned properties which could be used for housing projects.

Co said they would prioritize low-income earners in the program.

“We want to uplift the living condition of the people in Pagadian, and that is how we scale the success of our leadership,” the mayor added.

Co explained that the city government would be providing the land for the beneficiaries under a usufruct arrangement, while the recipients would pay for the constructed house for up to 25 years depending on the cost of the design they would choose.

The SHFC is the lead government agency mandated to undertake socialized housing for low-income earners.