Couple kills teenager as revenge for having STD | Inquirer News 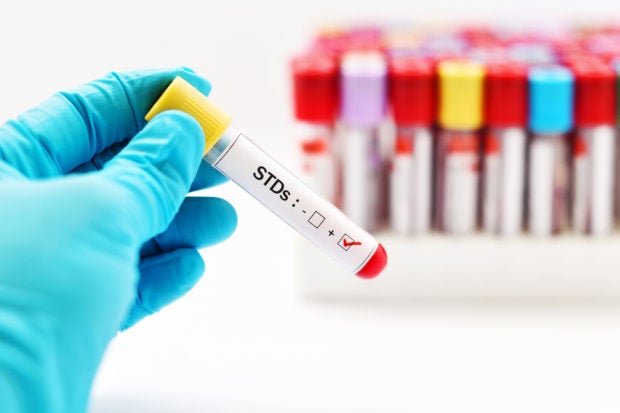 A couple has been arrested for killing a teenager for supposed “payback” on an STD. INQUIRER.net stock photo

A 17-year-old woman and her 30-year-old boyfriend were charged with first-degree murder for killing a teenage girl who allegedly had a sexually transmitted disease. Both suspects confirmed having disagreeable sentiments toward the victim but each denied pulling the trigger.

Murder suspect Cheyenne Blalock was the schoolmate of victim Kirstan Patterson, as per CBS-affiliate KOTV-DT on Jan. 2. Blalock’s boyfriend, Andrew Hall, picked up the victim on New Year’s Eve when the crime occurred. Authorities found Patterson’s body on New Year’s Day on a river in Oklahoma, United States.

The police confirmed that Patterson was shot in the head.

Blalock told authorities that Hall talked to her about killing her schoolmate because he wanted to get “payback” for a sexually transmitted disease. The woman said Hall convinced her to text the victim on New Year’s Eve. According to the report, Blalock claimed she hid under a blanket at the back of Hall’s car as Hall picked up Patterson.

The teenager also claimed she heard two gunshots, but did not see the shooting occur.

Meanwhile, Hall told the authorities that Blalock pulled the trigger. The man said while Blalock was hiding behind the car, she had two knives with her. Hall claimed this compelled him to follow her instructions in fear of his safety. Hall also said that Blalock was angry at Patterson due to an STD and issues at school, as per the report. He then stated on court records that he thought Blalock was only going to assault the victim.

The two were arrested on Dec. 31, ABC-affiliate KTUL reported on Jan. 2. Blalock and Hall are held in jail on a $1 million (P50.8 million) bond. Cha Lino/NVG