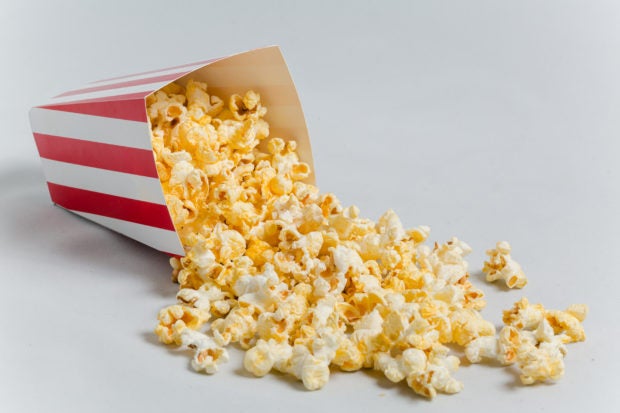 A firefighter nearly lost his life after getting a piece of popcorn stuck in between his teeth.

The piece was lodged between Adam Martin’s left molars after he shared a bag of popcorn with his wife, Helen, in their home in Cornwall in the United Kingdom last September, Metro reported last Monday, Jan. 6.

The 41-year-old man then tried to remove the popcorn with “items [he] found laying around” such as a pen cap, a toothpick, a piece of wire and a nail.

A week later, the 41-year-old man developed flu-like symptoms, and went to a general practitioner (GP). This prompted the doctors to conduct blood tests and x-rays, which only showed slightly raised inflammation markers.

Following his initial visit to a doctor, he developed a blood blister on his toe, as per report. This prompted him to visit a hospital on Oct. 18 to monitor his worsening condition. He also suffered from night sweats, fatigue, headaches and heart murmurs, which are all symptoms of endocarditis.

Endocarditis is a noncontagious chronic infection of the lining of the heart, mainly caused by bacteria, as per the Centers for Disease Control and Prevention. Meanwhile, the mark on his toe was later diagnosed as a Janeway lesion, which is also an indication of the said infection.

After more chest scans, doctors found out that Martin’s heart was severely damaged, and that it would require an emergency operation. He was later transferred to another hospital on Oct. 29 and underwent a seven-hour open-heart surgery to treat his damaged heart valves.

“My heart was not properly working anymore. It was essentially wrecked,” he was quoted as saying. “The infection had eaten the valves away.”

“I should have just gone to the dentist in the first place,” he added. “I don’t want anyone to go through what I have done.”

Martin quickly recovered after the surgery, as per New York Post yesterday, Jan. 7. After being discharged from the hospital, he returned home to his wife and their three kids at the end of October.  Ryan Arcadio /ra