MANILA, Philippines — Although still behind bars, Janet Lim Napoles, the convicted plunderer and alleged mastermind of the P10-billion pork barrel scam, now chooses to help her fellow inmates while she can.

Napoles was spotted Wednesday at the launch of the “Sa Piling ni Nanay” fundraising at the Correctional Institution for Women (CIW) in Mandaluyong City.

Napoles has been detained at the CIW since January 2019.

She was seen sporting a red cap and sunglasses. Although her role in the event was not made clear, it could be seen that she was wearing a shirt reading “Over-all coordinator,” which may or may not be related to the program.

Napoles serves as one of the coordinators of the project, CIW acting superintendent Angie Bautista, who is also the founder and initiator of “Sa Piling Ni Nanay”, told INQUIRER.net in a text message.

Napoles was accused of masterminding the pork barrel scam — which was to funnel P10 billion in the Priority Development Assistance Fund (PDAF) of lawmakers to ghost project for massive kickbacks —  for at least 10 years, using a network of bogus nongovernment organizations (NGO).

“Sa Piling ni Nanay” was launched by the persons deprived of liberty (PDLs) or inmates inside the CIW in Mandaluyong City, which aims “to augment financial constraints of departed families of those incarcerated women, particularly those with children that they have not been with due to poverty.”

In an interview with INQUIRER.net, Ermei Arpid, assistant coordinator of the project, said the idea started with Bautista.

Arpid, quoting Bautista, added that it was through a PDL’s experience of not seeing her child for 10 years is what inspired her to start the fund-raising project.

“So she [Bautista] said: ‘What can we do to help? How will they see each other?’ Then she thought that we will do a fund-raising for those children who are from Visayas, from Mindanao, but cannot visit their detained mothers. So they can visit here just so they can communicate,” Arpid said in Filipino.

The persons deprived of liberty (PDL) at the Correctional Institution for Women in Mandaluyong City craft mugs, beaded and hand-woven bags for their “Sa Piling Ni Nanay” project. 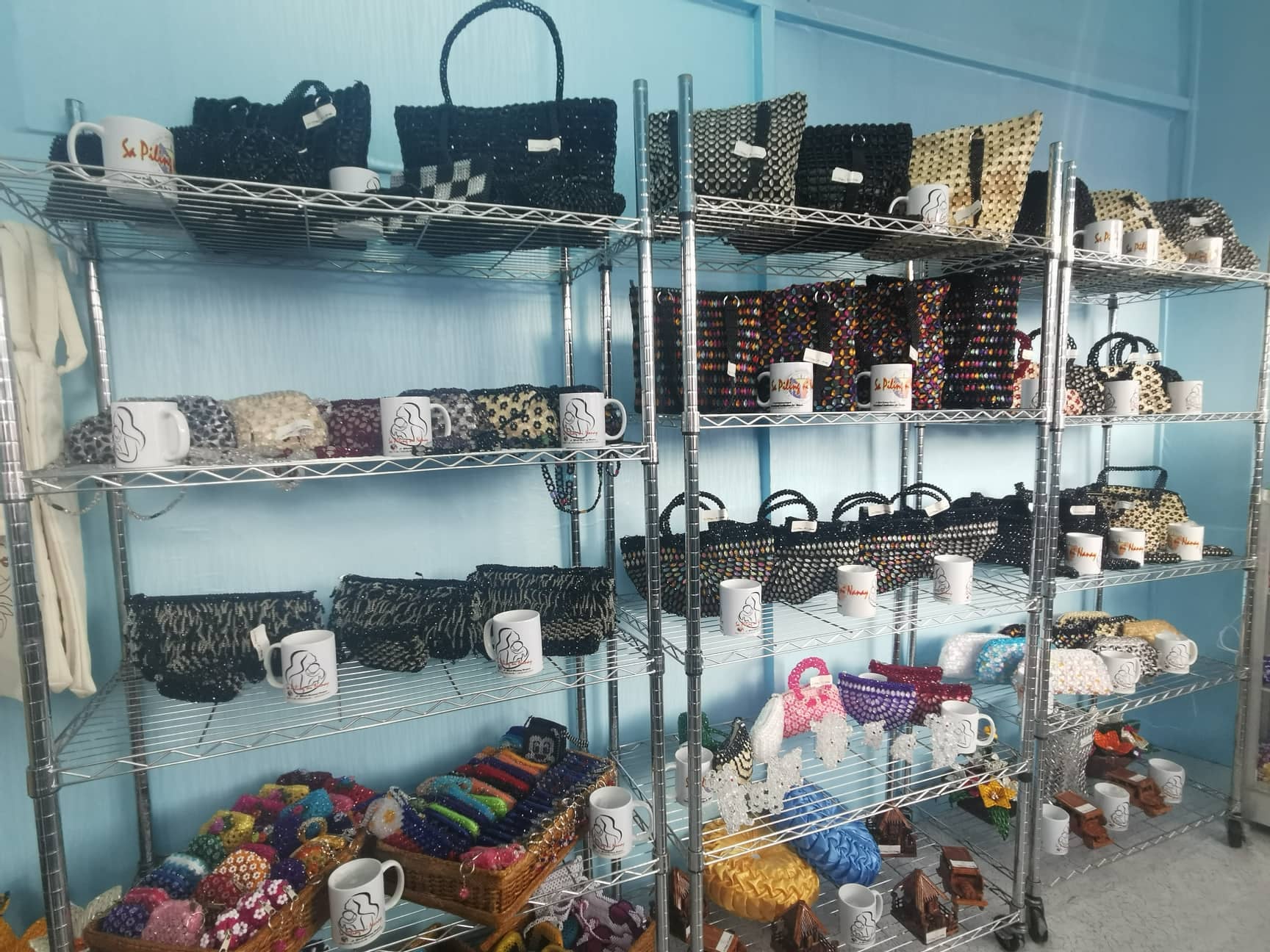 Arpid said that it all started with the selling of mugs, then their plan expanded to making beaded and hand-woven bags.

The assistant coordinator added that the funds earned from the would help not only the families but also the women who want to start fresh after serving their sentences.

And one PDL, according to Bautista, already benefited from the funds earned. During the launch, the CIW superintendent said that the money raised from “Sa Piling Ni Nanay” was used to rush one inmate, who is suffering from third stage cancer, to the hospital. 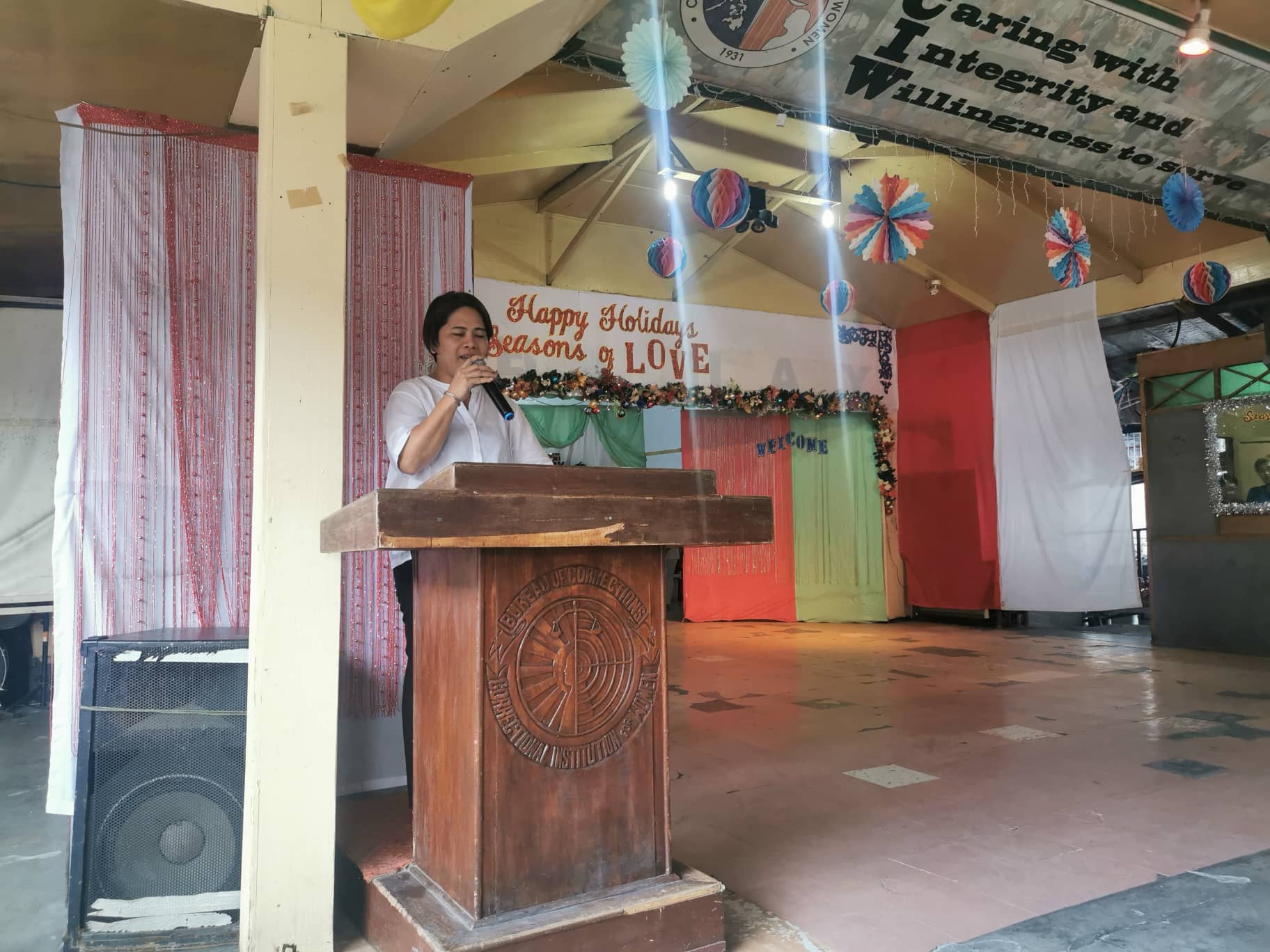 “I hope you help us support the products of the inmates. This would not only help those who are detained here but also to help bridge the relationships of mothers and their children through this project,” she said.