Iran supreme leader calls strike a ‘slap’ at US 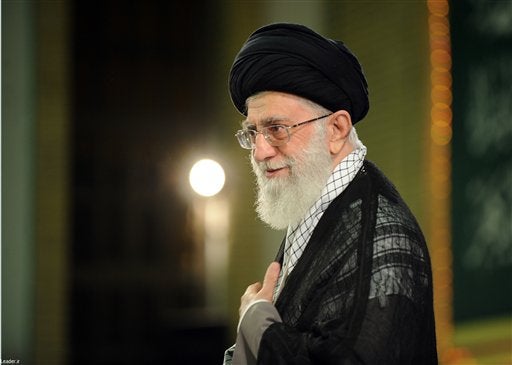 TEHRAN, Iran — Iranian Supreme Leader Ayatollah Ali Khamenei in an address to the nation said “we slapped them (Americans) on the face last night” with a missile strike “but military action is not enough.”

He spoke hours after the strike at military bases in Iraq used by U.S. forces. The strike was in retaliation for the U.S. killing of Iran’s top military commander, Gen. Qassem Soleimani, in Baghdad.

Khamenei added that the “corrupt presence of the U.S. in the region should come to an end,” saying it has caused war, division, and destruction.

Iran’s supreme leader also invoked the virtues of the slain commander, saying he was a “great, brave warrior” and a “dear friend to us.” Huge crowds in Iran have mourned Soleimani’s death last week in the airstrike in Baghdad.