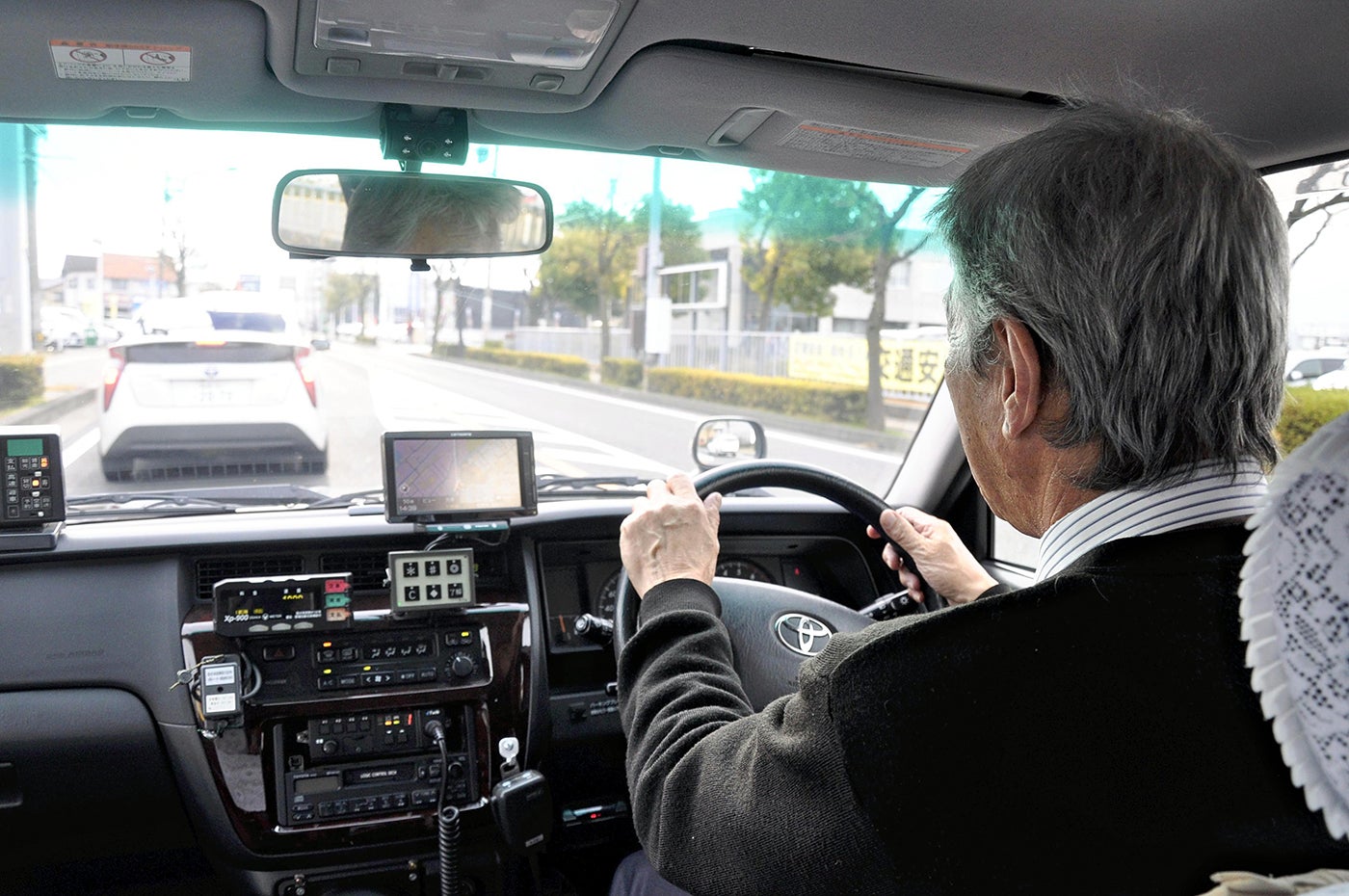 These figures are partly due to a lack of young people who want to become taxi drivers, as a result of the low wages involved.

Watchmen had the second highest average age at 59.6, followed by college and university professors at 57.3. Including female drivers, who account for about 3% of the total, the average age of taxi drivers was the highest among all occupation types.

The government will allow taxi companies to raise fares in a record 24 prefectures across the nation and Tokyo in 2020, for such purposes as improving the treatment of drivers. Requirements for obtaining a taxi driver’s license will also be relaxed.

The average annual income of a taxi driver was about ¥3.5 million, 40 percent below the average for all industries at ¥5.6 million. A senior official of a prefectural taxi association said, “We want to hire young people if possible, given the concern about accidents caused by elderly drivers and heavy physical work such as helping passengers get in and out of the vehicle.

“But it’s difficult for people raising children to support a household on a taxi driver’s annual income,” the official said.

A 71-year-old man who has worked as a taxi driver in Tokyo for about 30 years said other drivers around him are of the same generation, and some are in their 80s. With the number of foreign tourists and elderly passengers increasing, drivers have to do much heavy physical work such as putting suitcases in the trunk and helping passengers get in and out.

“I want to work for a long time, but I’m concerned about whether I can stay in good health,” he said.

To improve the working conditions of drivers, the Land, Infrastructure, Transport and Tourism Ministry decided to allow taxi companies to raise fares in Tokyo and 24 prefectures across the nation in February, with the exclusion of some areas.

The National Police Agency unveiled a plan in December to ease the conditions for obtaining a license for driving a taxi, lowering the minimum eligible age from 21 to 19.

“Taxis will play a more important role in the future as a means of transportation for elderly people who voluntarily give up their driving licenses, and for foreign tourists and others. So we want to create an environment in which the taxi industry can maintain the current services,” a transport ministry official said.

Regional cities with fewer public transportation facilities than urban areas, such as railways and buses, are seeking to secure taxi drivers, because taxis are an important means of transportation for residents.

Aiming to increase the number of women who apply to become taxi drivers, the Tottori prefectural government began providing subsidies for taxi companies to build bathrooms and locker rooms for women in fiscal 2018.

Some taxi companies have succeeded in hiring female drivers.

“Taxis are an essential means of transportation. To prevent some areas from having no taxis, we want to secure sufficient taxi drivers,” a prefectural government official said.