Classes in typhoon-hit Bicol to resume in makeshift rooms 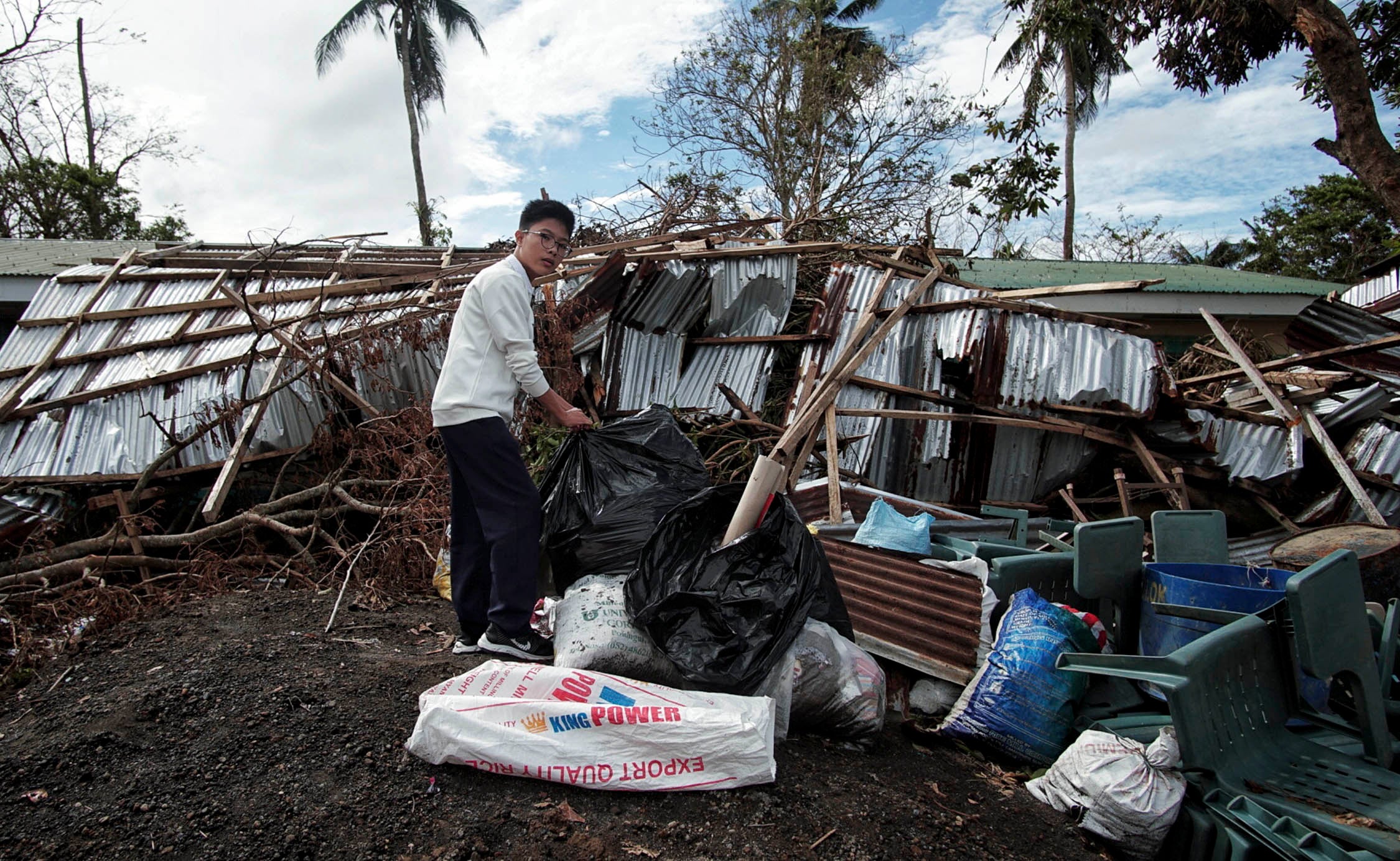 LEGAZPI CITY—Students in Bicol region will use temporary learning spaces when classes start after the Christmas holiday break as the government has yet to complete the rehabilitation of school buildings, classrooms and other educational facilities damaged or destroyed by Typhoon Tisoy (international name: Kammuri) early this month.

An initial assessment by the Department of Education (DepEd) showed that 1,848 classrooms in 308 sites in the region were destroyed when Tisoy struck the region on Dec. 2 and 3. The damage was placed at P5 billion.

Maria Cristina Baroso, project development officer of DepEd Bicol, said most of the schools heavily damaged by the typhoon were in the provinces of Albay, Sorsogon, Camarines Sur and Masbate. Mayflor Marie Jumamil, DepEd information officer in the region, said school officials might resort to shifting of classes and extension of school activities due to the shortage of classrooms when students return to school in January.

“It will depend on school heads how they will process the class resumption, but normally [we set] a minimum extension of two weeks of classes in order to cope with interruption,” she said. Classes in public and private schools in the region were suspended days leading to Tisoy’s onslaught as a preemptive measure and to avoid casualties. In Albay, classes resumed only on Dec. 9 or a week after Tisoy swept through Bicol and cut power lines, causing a widespread outage in the province.

Jumamil said repair and reconstruction of classrooms and school buildings would start “very soon, upon approval of a quick response fund.”—MICHAEL B. JAUCIAN