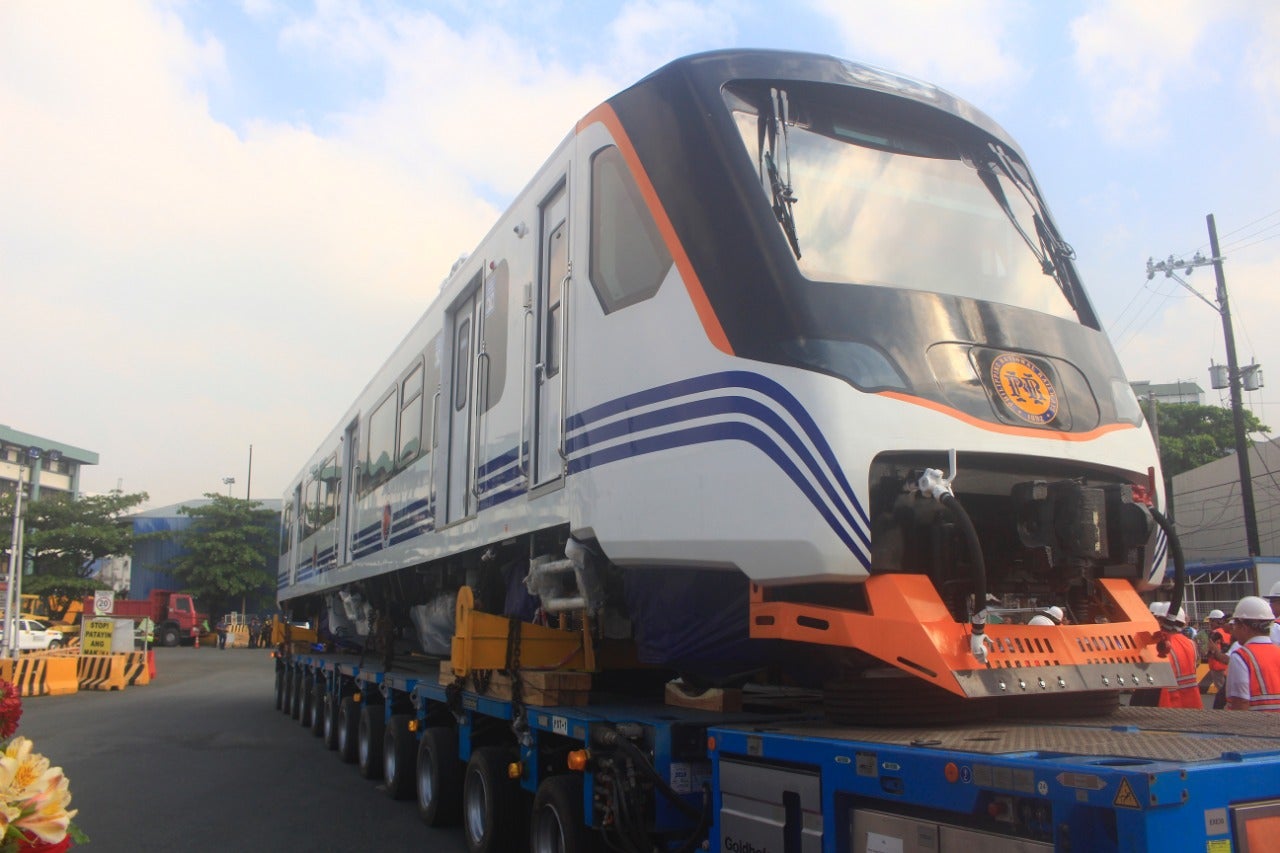 Delivery of the new PNR trains from Indonesia at the Manila Port Area. (Photo by Gabriel Pabico Lalu/ INQUIRER.net)

MANILA, Philippines – The new trains acquired by the Philippine National Railways (PNR) from Indonesia will not reach the Alabang station, as rail officials have admitted encountering obstruction and security problems.

Transportation Secretary Arthur Tugade on Wednesday said they initially wanted the trains to reach the Alabang station and the other stations beyond it, but the plan was shelved for safety reasons after the trains were stoned and attacked by people with slingshots.

The new trains, manufactured by the Indonesian government-owned company PT Inka, will start servicing commuters on Monday next week, December 16.  It will carry passengers from Malabon to the FTI station in Taguig.

“Next week you will see this train running on the PNR system […] FTI to Malabon (stations).  Gusto nga ho naming isama yung Alabang, kaya lang ho dinelay muna namin (We want to include Alabang station but we opted to delay it),” Tugade said during his speech.

(What is happening in Alabang, and I must admit, is that when trains pass by the station, people will throw stones and attack it with slingshots.  So it puts into jeopardy the safety of the riding public, now if they would do that, we would not allow the train to pass by that area.  We will arrest these animals first.)

Obstruction along PNR tracks is not a new problem.  In poverty-ridden Metro Manila, several informal settlers chose to build houses along the railways, as it provides them an easy access to one of the metropolis’ cheapest modes of transportation.

People living near the rail tracks also developed their own carts and trolleys — makeshift train cars made compatible with the rail tracks.  These things, however, expose people to greater dangers as trains have to stop abruptly whenever the trolleys are using the tracks.

Tugade’s claims were seconded by PNR General Manager Junn Magno, who said that stone-throwing incidents have been almost regular in the gap between FTI in Taguig and the Alabang station.

He also said that making trains pass by Alabang is risky because broken windows not only lead to higher expenses but also to delayed trips, as it may take over an hour to replace the broken parts.

Tugade and Magno earlier led the formal unveiling of the new PNR trains, which is expected to increase the rail system’s daily capacity which currently stands at 65,000 across its 36 stations in Metro Manila.

Magno noted that each train set can carry around 750 to 800 passengers, and is reliable to make eight to 10 trips a day — more efficient numbers compared to existing trains’ six trips per day.

Aside from the two officials, the unveiling of the new trains at the Port Area was graced by Indonesian Ambassador Dr. Sinyo Harry Sarundajang, PT Inka officials, and House transportation committee chair and Samar 1st District Rep. Edgar Mary Sarmiento.

The PNR is the country’s oldest railway system, spanning over 1,000 kilometers of railway in its heyday.  However, mismanagement has forced it to stop operation in the provinces, although the government plans to revitalize its regional operations.