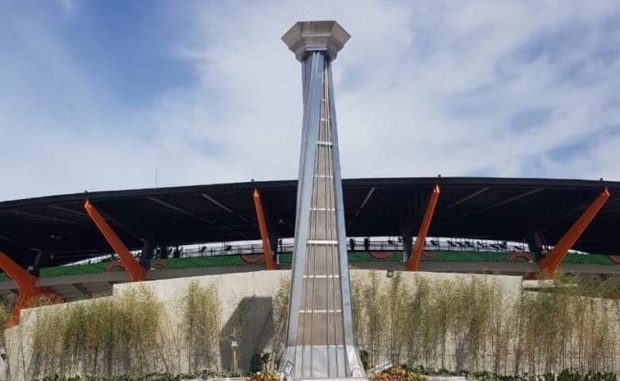 MANILA, Philippines — The lighting of the Southeast Asian (SEA) Games cauldron at the New Clark City in Capas, Tarlac, had been pre-taped, the show’s creative director confirmed Tuesday.

The New Clark City, one of the main venues for the 30th SEA Games, was reportedly placed on lockdown in the afternoon of Nov. 30, just hours before the biennial meet’s grand opening at the Philippine Arena in Bocaue, Bulacan.

It was also reported that the lighting was pre-taped.

SEA Games creative director Floy Quintos confirmed that the lighting was indeed recorded ahead of time in anticipation of an inclement weather, in order to prevent any weather disturbance to disrupt the traditional lighting of the cauldron

“Everybody knows, I think, that yes it was [pre-taped]. It’s a standard practice. In many many countries, when the weather is inclement, you have to be prepared,” he said in an interview over ABS CBN News Channel.

“We were working with a Filipino team and a foreign team and we were all in agreement that no one can tell what the weather will be like, given that it’s all the way there and we’re all the way here,” he added.

He explained that four choreographers, two stage directors and one television director were among the team that decided to pre-tape the lighting. He added that it was originally proposed to just “beam” the lighting.

“Given the month that it’s happening and given our distance, the original idea was to beam it but anything could happen. At times like that, you err on being segurista [making it sure]. If it can happen live, why not? But everybody was looking at the weather, storm’s coming, we don’t know what the weather was gonna be like,” he said.

Quintos also said he understands the criticisms thrown at the cauldron lighting by the public, however, he explained that they were just doing their jobs as creators of the show.

“People are angry and concerned about it and rightly they should be but as creators, our job really is to make sure that nothing goes wrong in the show,” he said.

Lawmakers and the public alike criticized the organizers for the P50-million worth cauldron, with Senate Minority Leader Franklin Drilon describing the 50-meter tall cauldron-type structure as “extravagant.”

Organizers of the SEA games were quick to defend the worth of the cauldron, saying it is a “work of art” and even cheaper than that of Singapore’s.