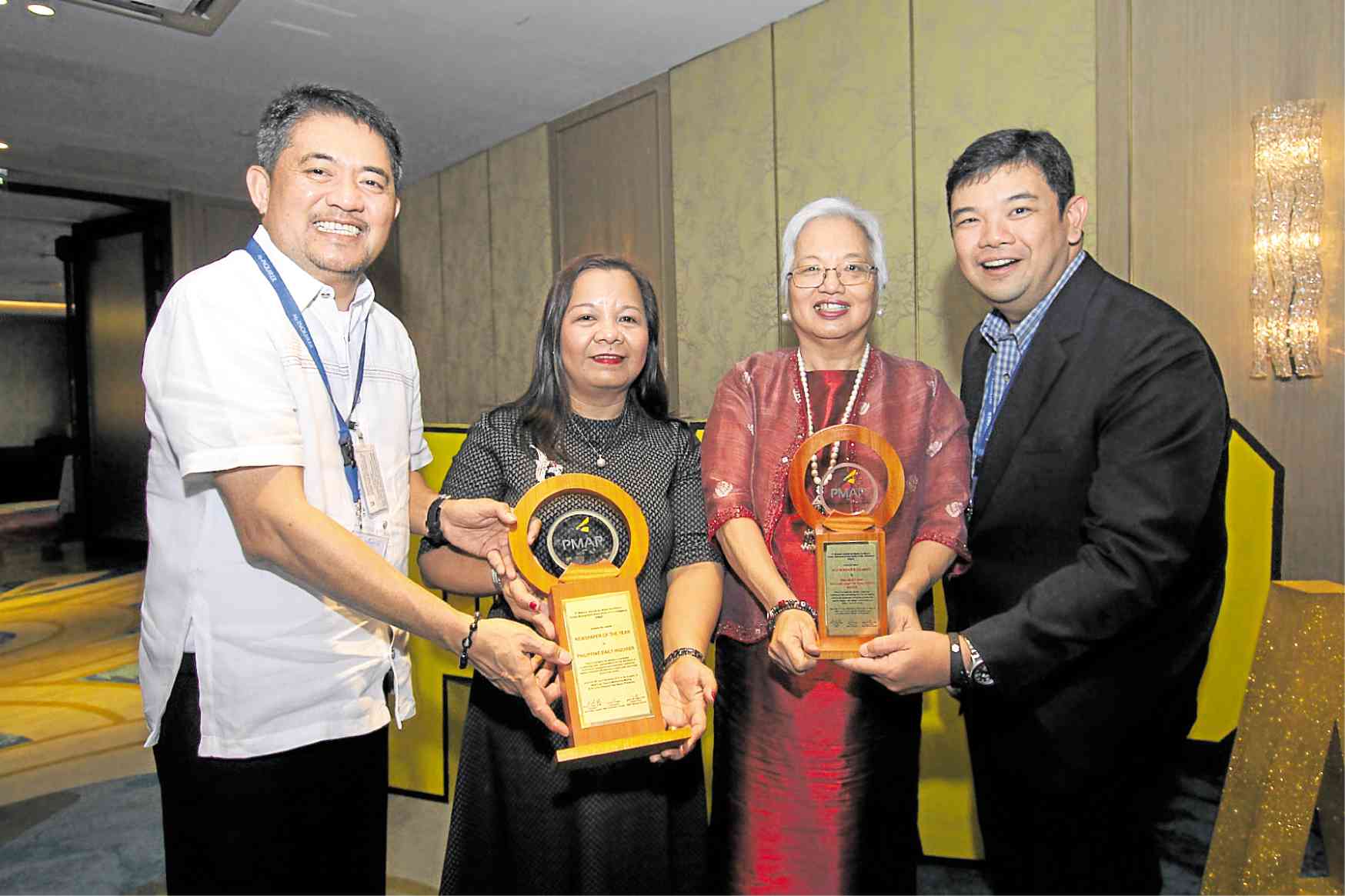 MANILA, Philipines — The Philippine Daily Inquirer has returned to the hall of fame after being honored with a seventh newspaper of the year award during the 9th Makatao Awards for Media Excellence of the People Management Association of the Philippines (PMAP).

David was also recognized as best columnist of the year for her piece, “Hopes and fears for young people.”

GMA network was chosen TV network of the year and dzMM, radio station of the year.

The awards were presented by PMAP president Gerry Plana, executive director Rene Gener, media and communications committee chair Ellen Fullido; and members of the panel of judges Arminda Santiago, dean of the University of the Philippines College of Mass Communication, and Ma. Luisa Estrada, operations manager of the Ad Standards Council.

Inquirer was recognized for its “contribution in enhancing public understanding of the role and impact of sound people management and harmonious relationship between employers and employees in both public and private sectors in the country.”

Javellana, in her remarks on the Inquirer’s behalf, said, “This award is very special. This is for our hardworking and passionate employees, officers and staff and our readers.”

Inquirer previously won newspaper of the year for five straight years — from the first Makatao Awards in 2011 up to 2015. This record placed the broadsheet in the awardees’ hall of fame.

PMAP again conferred the award to Inquirer in 2018.

Other recipients in the 9th Makatao Awards for Media Excellence are as follows: