A man became an unlikely hero when he rescued a small shark which he spotted on the shores of a beach in New Zealand yesterday, Nov. 26.

The shark had been tangled in a kontiki line when Josh Grimshaw saw it on Muriwai beach, he said in his Instagram post yesterday, alongside a clip of the rescue. Kontiki is a fishing device used to tow a long fishing line in deeper waters.

After seeing the shark, Grimshaw picked the animal up by its tail and began dragging it to the sea. When they reached a point that was enough to submerge the majority of the shark’s body underwater, he guided the shark away from the shore. Grimshaw held on to the shark’s tail fin until it managed to swim off on its own.

Many Instagram users commended him for his heroic act, but one netizen (@s3dia) stated that she thought the animal was already dead. 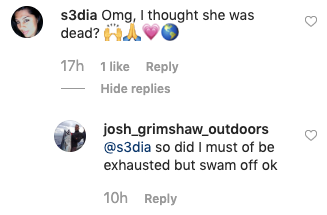 Grimshaw admitted that he initially had the same impression but pointed out the shark’s limpness to exhaustion, since the shark was later able to swim away.

Meanwhile, another netizen (@blue_moon_alex) criticized the way Grimshaw grabbed the animal by the tail, stating that it “isn’t cool.” 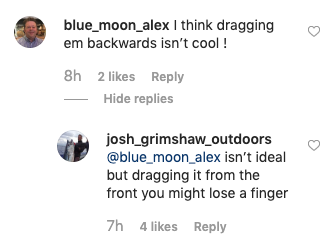 Grimshaw agreed that it was not an ideal way to handle the shark, but explained that grabbing it from the front instead may have cost him a finger. JB