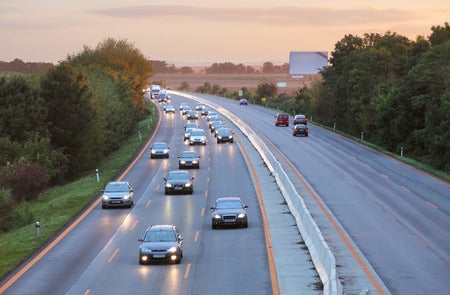 About 20 drivers worked together to rescue a dog that managed to break free from its owner and ran on a highway in Texas, United States last Sunday, Nov. 10.

The dog was running free on a busy highway in Houston when a group of good Samaritans began to stop their cars to catch the animal, as per ABC-affiliate KTRK last Tuesday, Nov. 12.

Footage from the incident, captured by a certain Toby, shows the dog running past cars despite their attempts to block its path. Moments later, other drivers had stopped their vehicles on the road and stepped out of them to help capture the dog.

A man had later managed to grasp the animal’s leash after a group of people was able to surround it. As per report, the dog was later reunited with its owner. Other witnesses said the dog had ran out of its owner’s vehicle after the owner got involved in a car accident.

Following the incident, the dog’s paws appeared to be bleeding, which was believed to be a result of it running through pieces of glass. However, Toby told the news outlet that the dog was fine aside from the cuts on its paws.

Toby described the incident as “pretty wild,” as per report. He also said that he “did not expect to see that kind of community gathering in such a crazy situation.” Ryan Arcadio/JB