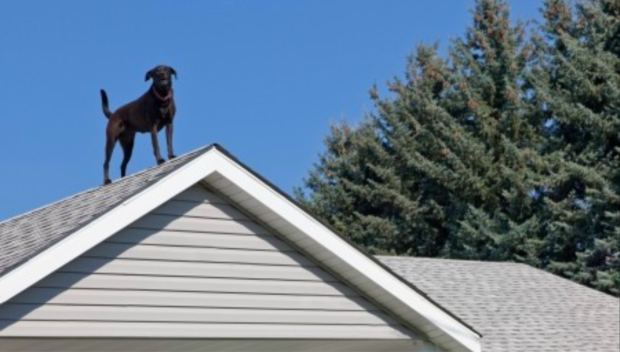 A good Samaritan rescued a dog stuck on the roof of a stranger’s home in Pawtucket, Rhode Island in the United States.

Daylue Goah spotted the large animal on top of his neighbor’s home while he was looking out his own house’s third-floor window a few weeks ago, as per NBC-affiliate WJAR last Tuesday, Nov. 5.

Goah immediately decided to record the incident with his cellphone as the dog started to pace back and forth on the roof. Goah noted that the pet’s owner (unnamed in the report) was not at home during the time.

Other neighbors then began calling for help, as per report. Goah revealed that an animal control car had come by the house but did not seem to aid the animal, as it had later left the area.

The animal’s owner arrived at the home moments after, together with a good Samaritan (also unnamed in the report) who came to help.

“After several minutes of persuading the dog, he eventually went on top of the roof, got the dog, and went close to the owner,” Goah was quoted as saying. “[He] passed the dog through the sunroof and rescued the dog.”

Goah stated that the animal’s owner did not know the man who rescued the animal from the roof.

“There are people who care even when they don’t know you,” Goah added.

The owner believed, as per the report, that the dog had managed to get on the roof through a window on the house’s top floor. Ryan Arcadio/JB