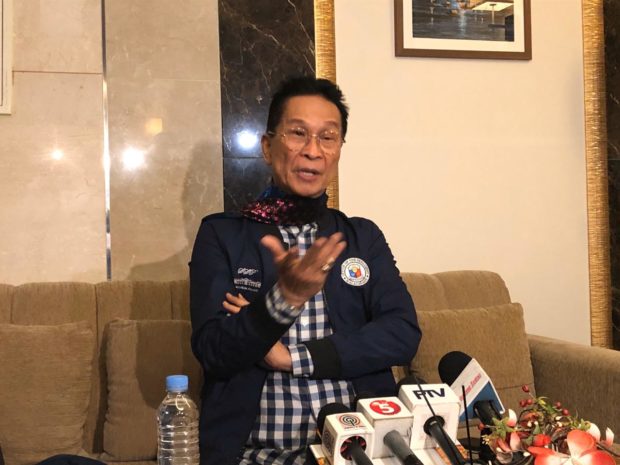 In a press briefing here, Salvador Panelo, who is also Duterte’s chief legal counsel, pointed out that the Philippine Sea Games Organizing Committee (Phisgoc) had already apologized for the delays in transportation and accommodation of athletes competing at the regional sports meet.

The Philippine-hosted 30th SEA Games will run from November 30 to December 11.

Panelo then repeated his previous apology for the “unintentional inconvenience” suffered by the guests.

“You cannot discount any delays incident of non-transport and late checking in given the fact that there are many athletes coming to the Philippines. Natural lang ‘yun (It’s natural),” he said.

(Their apology is enough. I think they would find ways now.)

(They just lacked creativity, but maybe they just panicked… The snags were not that serious anyway.)

Football players from Timor-Leste, Myanmar, and Thailand have complained about delayed transportation from the airport and sudden changes in hotel arrangement, while photos of the Cambodian football team sleeping on the floor circulated social media.

Panelo insisted the athletes were still “comfortable,” adding that no safety or health issues have been reported so far.

(I noticed also in the photos that I saw, the athletes were laying and sitting, they were just resting… not outside, they still have a roof over their heads and comfortable seats and airconditioned areas.)

The government has spent at least P6 billion for the hosting of the 30th SEA Games alone, on top of the other expenses for the construction of game venues. Competition organizers also recently drew the ire of many for spending around P50 million for a giant stadium cauldron.